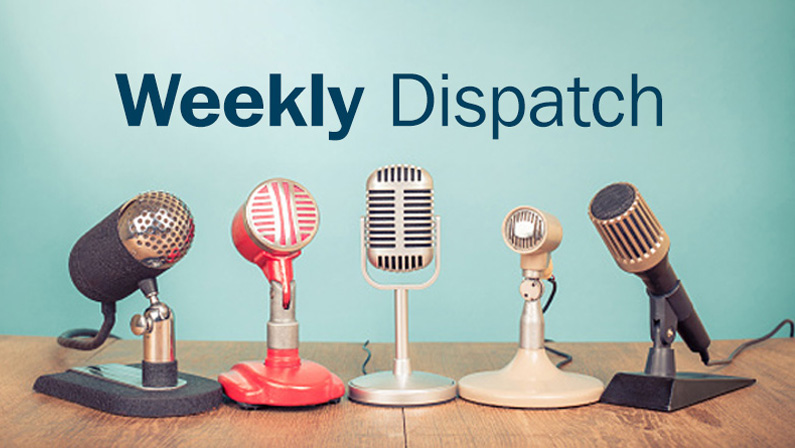 PIA has partnered with TAG Resources to bring your agency a 401(k) plan that gives you lower prices, extensive services, and less responsibility. Retirement plans take a lot of time to manage—which can cost you more money as an employer. With the PIA Retirement Plan and TAG Resources at the helm, you can stay on top of your business, knowing that the day-to-day responsibilities of your 401(k) plan are being looked after. TAG Resources is the largest end-to-end retirement plan provider in the U.S., and it is recognized nationally for pioneering unique retirement programs. All of TAG Resources’ employees are trained on the Employee Retirement Income Security Act of 1974 , and it has ERISA lawyers on staff and on retainer. Also, as a named fiduciary on your retirement plan, TAG Resources mitigates liability risk for you. Interested in learning more about this new PIA Northeast member benefit? Join us for an informational webinar on Friday, March 5, at 10 a.m., or Tuesday, March 9, at 2 p.m.

The Connecticut House of Representatives approved H.B.6516 on Feb. 24, which would mitigate adverse tax consequences resulting from employees working remotely during the pandemic. Gov. Ned Lamont issued a statement supporting the legislation. To keep you updated on the latest COVID-19-related news, see the PIACT COVID-19 resource page and be sure to read your PIA Northeast publications.

Legislation that would prohibit mortgage lenders from requiring borrowers to purchase excess flood insurance was reported out of the Assembly Judiciary Committee on Tuesday. The bill (A.4424) would restrict mortgage lenders from requiring borrowers to obtain flood insurance beyond the balance of the outstanding loan amount. Instead, the lender would be required to provide a disclaimer to the borrower that the required flood insurance protects only the lender’s interest in the property, and if the borrower wants additional coverage for the value of the property and its contents, then he or she would need to purchase such coverage. If the bill is signed into law, it would not impact the federal flood insurance requirements. You can track this and other bills with the PIAdvocacy bill tracker.

New legislation (S.5357) was introduced in the state Senate Tuesday that would repeal the expanded executive powers given to Gov. Andrew M. Cuomo at the beginning of the pandemic. The bill—sponsored by Senate Majority Leader Andrew Stewart-Cousins, D-35—would remove the governor’s ability to issue new executive directives. Any changes or renewals to COVID-19-related executive orders that already exist would become subject to legislative review. According to CNN, Stewart-Cousins said, “I think everyone understands where we were back in March and where we are now. We certainly see the need for a quick response, but also want to move toward a system of increased oversight and review. The public deserves to have checks and balances. Our proposal would create a system with increased input while, at the same time, ensuring New Yorkers continue to be protected.” Additionally, Assemblyman Carl E. Heastie sponsors A.5967, which is the Assembly version of Stewart-Cousins’ Senate bill. To keep you updated on the latest COVID-19-related news, see the PIANY COVID-19 resource page and be sure to read your PIA Northeast publications.

A bill (S.524) that would repeal the Federal Insurance Office was introduced in the U.S. Senate yesterday. The legislation—introduced by Sen. Ted Cruz, R-Texas, and co-sponsored by Sens. Jim Inhofe, R-Okla., Mike Braun, R-Ind., and Cynthia Lummis, R-Wyo.—would protect the successful state insurance regulatory system from federal encroachment. PIA supports this legislation, stating, “PIA opposed the creation of the FIO from the outset. Many of FIO’s duties are duplicative of other offices in the U.S. government, and, like most federal offices, since its creation, its power has increased.” Read PIA’s press release on the legislation here. More …

The Connecticut General Assembly continues its legislative session amid the COVID-19 pandemic. The state Legislature’s committees are in the public-hearing phase of the session. This phase provides the general public, legislators, and other public officials an opportunity to weigh in on the pros and cons of the bills the committees are reviewing this session. More …

Gov. Chris Sununu introduced his budget for fiscal years 2022 and 2023 to the state Legislature last month. In the budget—which is worth $13.4 billion, much of which is federal aid—Sununu proposed a voluntary and medical-leave insurance system. To get the system established and running, he plans to use only state employees at first. Other proposals in the budget include tax cuts, the addition of a Department of Energy and consolidating the university and community-college systems into one. Sununu is expecting an estimated $50 million shortfall for the FY 2022-23 budget. However, this shortfall is much lower than was expected originally, at the beginning of the pandemic. The governor’s budget has been forwarded to the state House Finance Committee. It will be sent to the Senate Finance Committee in April, and the final budget will be signed in June. More …

Legislation (A-1650) that would limit certain provisions in and the enforceability of noncompete agreements was reported out of the state Assembly Labor Committee on Feb. 24, 2021. The bill would restrict an employer’s ability to utilize noncompete clauses to protect his or her business needs. If the bill becomes law, the employer would be able to require an employee to sign a noncompete agreement—but only if the agreement meets certain requirements. PIANJ actively is working to ensure that nonsolicitation and nondisclosure agreements are excluded from the legislation. Any restriction to use these alternative agreements could have a devastating impact on insurance agencies. Customer lists are crucial to an agency’s value, and nonsolicitation agreements are vital to an agency’s ability to protect those lists. Without access to this information, an agency would be at the mercy of its employees and agency values would plummet. You can track this and other bills with the PIAdvocacy bill tracker.

New Jersey PIAPAC, your state political action committee, contributes to New Jersey state legislative candidates to ensure our allies remain in Trenton. This is separate and apart from the PIA National PAC (PIAPAC), which does the same at the national level. Every dollar donated to NJPIAPAC stays in New Jersey and is donated to candidates for the state Legislature to ensure agents have a voice in Trenton. You can learn more about the work of New Jersey PIAPAC on our website.

The Excess Line Association of New York issued Bulletin 2021-07 on Monday, which notifies members that the association has become aware of a certain party or parties that have used a forged ELANY stamp, and used it on at least one excess-lines policy. Any person that utilizes a forged ELANY stamp is subject to license revocation or other enforcement proceedings at the direction of the DFS.

PIANJ will host a Deep Dive Forum on the current state of the errors-and-omissions market—specifically for independent agents—on Thursday, March 18, 2021, via video conferencing. The expert-led discussion will cover E&O issues that independent agents face, and it will allow attendees the opportunity to ask the questions they may have on the topic. There is no cost to attend this event; to reserve your spot, sign up today.