Assemblyman Kevin A. Cahill, D-103, represents the Hudson Valley, including New Paltz, Red Hook and Rhinebeck. Cahill is a graduate of SUNY New Paltz and Albany Law School, and has served in the state Assembly since 1992.

Additionally, he has served as the Assembly Insurance Committee chair since 2013, in which he has been an advocate for providing New Yorkers with quality and affordable property/casualty and health insurance.

Cahill is a PIANY ally and supports many of the association’s legislative priorities. He sponsors A.1809, which would prohibit insurance carriers from re-rating policies when they run an individual’s motor vehicle report after the policy is bound, and, if carriers use MVRs to determine policy rates, they would be required to run the MVR before the policy is bound. The bill is a response to a growing trend in the auto insurance marketplace that allows insurers to re-rate policies after the policies already are bound. Insurers are changing the premiums of auto policies after running a customer’s MVR. ’Often, the policyholder’s premium increases substantially after it is bound, and in many cases, the policyholder doesn’t know that the premium could change post-binding.

Recently, PIANY met virtually with Cahill to learn more about him. He shared his experience with insurance outside the state Assembly, his thoughts on the bait-and-switch bill and no-fault reform, and many other insurance issues facing New Yorkers.

What do you think is the biggest public-policy issue facing the insurance industry/business community, and independent insurance agents in New York?

Cahill: In 2021—and maybe for the foreseeable future—we will have to more carefully examine the impact of unanticipated events. Predictability is a key to affordable insurance coverage. The COVID-19 pandemic, like natural and human-made disasters before it, [has] up-ended rational predictability.

Climate change, the growing gap between affluence and poverty, increasingly insidious nature of new ways to commit terrorist acts and largescale vandalism, the shrinking planet, making the spread of disease less controllable and so much more, mean that the challenges facing those who seek to offer some level of financial protection are entering uncharted waters at the same time the need for that kind of coverage is growing.

That places an even greater burden on agents and brokers to be fully educated about the insurance products they sell and what might become available and to be able to comprehensively convey that information to an increasingly needy public.

Cahill: It is difficult enough for consumers to keep track of their insurance coverage, but it is even worse when they rely on getting value for their dollar by purchasing a policy at one price only to later find out that the quote was merely a sales pitch. In this modern age, all the tools we need are available to accurately, completely quote a price for a given product, including insurance policies. That can be done without regard to the complexity of the individual characteristics of the insured that may impact premium. All of that information is readily available with plenty of time to ‘close the sale.’

The internet has been a transformative tool in our times. Unfortunately, it can also be a marketplace for seemingly legitimate but unscrupulous vendors. Demanding that a policy sold for a price quoted and that it be what it said it would be seems a small requirement for responsible entities looking to build their book of business. I look forward to [the] passage of this significant consumer protection this year. The support of the agent community has been key to moving this measure along.

You are big proponent of no-fault reform. What is the biggest problem with the current system?

Cahill: There is no single problem that rises above all others when it comes to the issue of no-fault insurance. The biggest hurdle I face as a public policy maker, however, is getting all the parties to the table to fix what is broken. That is why I proposed legislation that would automatically sunset the authorization for auto insurers to offer no-fault coverage in five years. That allows sufficient time to examine and consider options to improve or replace no-fault.

In brief, critics have identified several areas where improvement is warranted. First is coverage. The coverage under no-fault is technically, medically and financially antiquated. Second is cost. For all the consumer gives up (a basic right to the court house door, for example, and the right to assert blame where blame belongs), they are paying dearly for sub-standard coverage. Third is that it is not necessarily accomplishing its primary goal of reducing litigation. A learned colleague informed that the ’no-fault bar’ consists of tens of thousands of open cases of litigation, that whole disciplines of lawyers are specializing in no-fault cases, and that insurance companies spend millions in processing, investigating and often denying claims. Finally, there have been widely discussed and repeated assertions that the entirety of no-fault is rife with fraud. Instead of listing the biggest problem, I find it difficult to find the biggest or any benefit to the no-fault system in its current form. Reform or replacement is long overdue.

I would be remiss to allow this opportunity to pass without also discussing briefly the ridiculously low coverage limits under mandatory coverage. It is also time to review coverage limits or, at a minimum, switch the option default from necessarily too-low coverage to reasonable levels. If we cannot raise the basic limits, at least force those consumers who insist upon inferior coverage to affirmatively state that preference. When apprised of the minimal cost and the vastly better protection, most responsible drivers, I am advised by many agents and brokers, opt to remain with higher liability and coverage limits.

Professionally, I had some experience starting and running a Medicare health plan (now called Medicare Advantage) for five or so years. I had to envision it, assemble all the regulatory paperwork, negotiate with federal and some state oversight agencies, providers, vendors and others. After that, I devised a marketing plan and hired a team of network development experts and specialists in marketing, health care and senior issues. With a team of just several dozen people, we took our little plan from no subscribers to over 20,000 in just the first year or so. Starting with zero revenues, I turned the program over to my successors when I returned to the state Legislature with in excess of $40 million a year in revenues. More importantly, however, together with my team, we brought quality, affordable, modern and, I believe, better health care to tens of thousands of senior citizens. We created protocols and evinced a values system that became an example that regulators used with Medicare contractors all across the United States. From inception to turning over the keys, I kept that perspective of being a consumer. It is what I admire most about agents and brokers. You represent the “professional consumer,” helping to navigate complex areas for everyday people, remembering their needs and values and advocating for their best interests.

What is your favorite memory of your time in public service?

Cahill: There are too many proud, humbling, exciting and indelible memories from my time in public service to single out just one. I can say with all sincerity that every time I walk into our state Capitol, in all of its majesty and proud heritage, I feel like a grade school student all over again.

Being permitted to be a public servant, in an office that has such an important part of our state history is the opportunity of a lifetime. I am honored to serve in the [state Assembly, in which former President] Teddy Roosevelt once served, [in which Founding Father] Alexander Hamilton started his political career, [in which former New York Gov.] Al Smith was both a member and leader and helped create the modern state government. I am equally proud to be elected to the seat previously occupied by Maj. Gen. George Sharpe, a person who is a former speaker of the Assembly and was [former President] Ulysses S. Grant’s right-hand man. A mentor and my immediate predecessor, [the late U.S. Congressman] Maurice D. Hinchey from the Hudson Valley and his beloved Catskills was an environmentalist with a record second perhaps only to the aforementioned Teddy Roosevelt. I am also honored to be in the company today of so many brilliant, dedicated public servants. While that is less a memory than a state of mind, it has colored every single memory I have in elective office.

With honors ranging from being invited to speak from the pulpit of a local church and being led by its choir, to toasting St. Patrick on a March 17 evening in the East Room of the White House with the president of the United States, dignitaries from the Republic of Ireland and just 200 or so other Americans, the people of the communities I represent have provided amazing opportunities for me personally. Still, the greatest of all honors is to serve. I can think of no other place where the chance to do so is so readily available each and every day than here in the New York state Assembly.

Bonus question: What advice would you give to your 20-year-old self?

Cahill: Listen more, talk less. Read more, talk less. Take a few more chances sooner. Be grateful every day. Honor all who came before and be prepared to defer to all who come after. It took a bit of time to realize the importance of all of those things. There is also some advice that I would offer to 20-year-olds who were a part of my life even then: to revere and serve family, friends, community, faith and country. 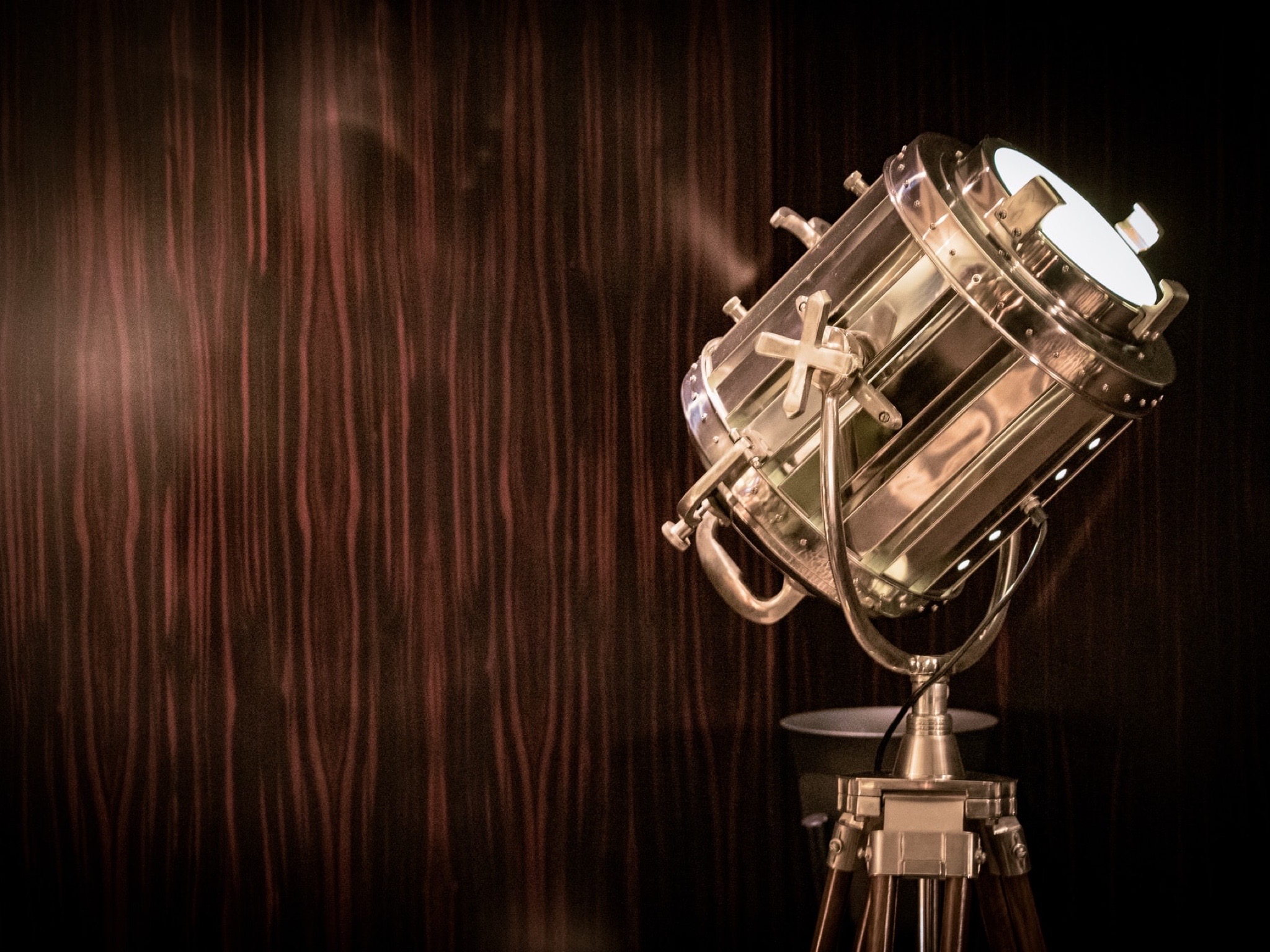