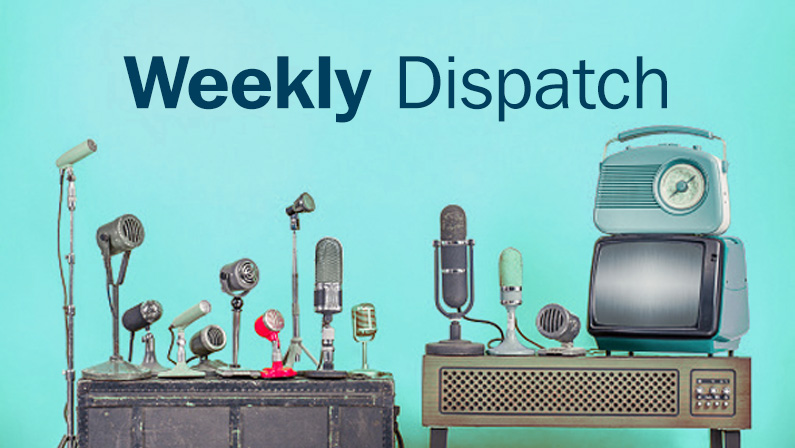 Are you a shark? Find out at Virtual Conference 2021

NBA-star turned business-leader Walter Bond is the keynote speaker at PIA Northeast’s Virtual Conference 2021, taking place June 8-9. As part of Bond’s keynote address, he will help you adopt the shark mindset—sharks never stop swimming; they can’t go backward, and they are flexible: All key attributes your business should adopt now. Trust us, you don’t want to miss it. Get your entire agency in on the action! When you sign up, use the PIAMEMBER21 discount code and share it with colleagues so they can register for $50 off. That’s the full conference for just $149 per attendee when they register now!

Policyholders throughout New York state have been receiving notices of new auto insurance policies, which they never requested with a new carrier. PIANY has brought this issue to the attention of the New York State Department of Financial Services with details of the fraudulent policies and the names of the carriers. It remains unclear where the data breach took place and how the drivers’ license numbers—the primary piece of nonpublic information used in the scam—have been obtained and misused. In the event you or your client receives a suspicious new policy, it is always worth investigating. If you have further questions—or want to bring a new case to the attention of PIA—notify the PIA Industry Resource Center at resourcecenter@pia.org.

Gov. Phil Scott announced last week that he signed S.88 into law. The legislation combined changes to Vermont’s insurance and captive insurance statutes in a single bill to minimize the number of items before the state Legislature. Additionally, the law makes several changes to Vermont’s captive law—including adding some clarification about the ability for a cell to convert to another type of entity, and simplifying processes around redomestication, mergers and the filing of organizational documents before licensure.

Gov. Phil Murphy on Monday signed Executive Order No. 242, lifting major COVID-19 restrictions, and moving forward with the state’s most significant reopening steps to date. Effective on Friday, May 28, 2021, the indoor mask mandate in public spaces will be lifted, as well as the six-foot social distancing requirement in both indoor and outdoor spaces, the prohibition on dance floors at bars and restaurants, and the prohibition on ordering and eating/drinking while standing at bars and restaurants. Additionally, effective Friday, June 4, 2021, indoor gathering and capacity limits will be lifted. To keep you updated on the latest COVID-19-related news, see the PIANJ COVID-19 resource page and be sure to read your PIA Northeast publications.

Sen. Matt Lesser, D-9, is the deputy majority leader in the Connecticut state Senate. He represents the 9th district, he is the chair of the Insurance and Real Estate Committee, and he is an ally of PIACT. Recently, representatives from PIACT meet with the senator (virtually) to learn more about him. He shared his experience with insurance outside public service, his thoughts the PIACT priority legislation to allow for continuing-education credit rollover, as well as what he sees as a big influence on insurance that most Connecticut residents are unaware of.

Recently, Senate Majority Leader Jeb Bradley, D-3, introduced S.B.3—a bill that would ensure Paycheck Protection Program loans given to New Hampshire businesses would not be subject to the 7.7% business profits tax. The bill passed the state Senate with a 23-0 vote. However, state House of Representatives Ways and Means Committee has halted the bill because the committee projects a loss of revenue to the state, estimated to be about $100 million over the next two to four years. The Ways and Means Committee is expected to vote on this legislation soon.

Legislation to streamline the process of placing commercial policies in the excess-lines market has passed the New York state Senate (63-0) on May 24. The bill (S.498A) would simplify the excess-lines affidavit that producing brokers must complete as part of the diligent-effort requirement when placing business in the E&S marketplace.

PIANY priority legislation to address and curtail the issue of bait and switch in the auto insurance market has been reported out of the New York state Assembly Insurance Committee (23-0). The legislation, A.1809, would prohibit insurance carriers from rerating policies when they run an individual’s motor vehicle report after the policy is bound. Identical legislation (S.3578), has been introduced in the state Senate. PIANY will continue to advocate for this legislation to advance through both houses and get signed into law this year.

Due to the potential high costs, insurance companies often exclude damages caused by expose to lead-based paint from rental property insurance policies. To address this issue, legislation has introduced in the state Assembly and Senate (A.7488/S.3079) that would prohibit insurance carriers from including this exclusion. While the lead-based paint issue remains an important one for many people in the state, this legislation does not actually address the issue and would likely increase the costs of renting in many areas of New York.

Another decade has passed since the Insurance Services Office Inc. 2011 HO Program debuted. Prior to that, it was the 2000 HO Program. The 2022 HO Program includes many enhancements and limitations, and addresses many coverage holes. There are 13 new forms, 130 revised forms and 11 withdrawn forms in this filing. The new program is proposed to be effective March 1, 2022.

Cannabis: Debunking myths and how to target this industry

Before 2021, Maine, Massachusetts and Vermont enacted legislation that legalized recreational cannabis. This year, New Jersey and New York followed suit. There are several myths surrounding the cannabis industry, and it’s important for those misbeliefs to be debunked. Barbara Simpson Winsky, CPCU, AIS, ASLI, ARM, ARe, CRIS, CIW; Charles Pyfrom and Art Catapang are speaking on a panel called Cannabis Unplugged: Thought Leaders Share How to Target a Growing Industry on Wednesday, June 9, 2021, from 1-2 p.m. This class is part of PIA Northeast’s Virtual Conference 2021. Trust us, you don’t want to miss it.

N.J.: Author spoke about her successes and adversities

PIANJ’s Women’s Leadership Alliance invited members to meet Heather Hansen, the author of The Elegant Warrior: How to Win Life’s Trials Without Losing Yourself, on May 18. More than 80 participants joined PIANJ and Hansen to discuss Hansen’s book, her more than 20-year career as a trial attorney, and got to learn how Hansen triumphs over her own adversities—including what she calls the Curse of Knowledge and learning the Power of How. You can meet Hansen again in the fall to discuss her upcoming book, Advocate to Win.