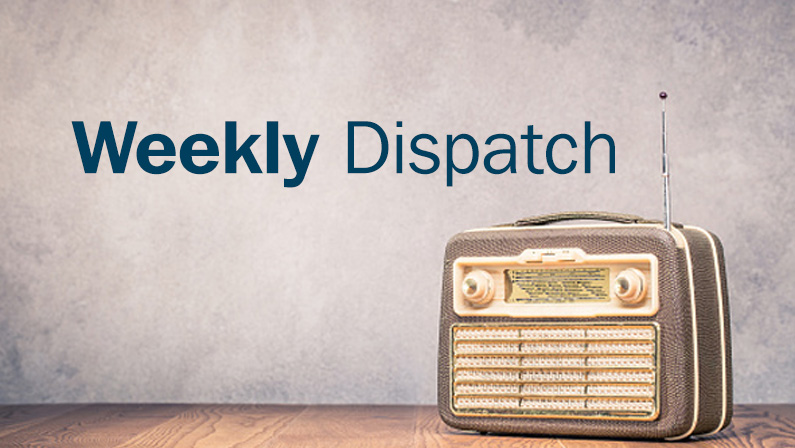 Recently, the Biden administration gave the Federal Insurance Office new responsibilities, including the “[assessment of] climate-related issues or gaps in the supervision and regulation of insurers … and [further assessment], with consultation with the states, [of] the potential for major disruptions of private insurance coverage in regions of the country particularly vulnerable to climate change impacts.” These additional responsibilities continue to make the FIO a threat to the state insurance regulatory system, and PIA has been advocating for the repeal of the FIO since 2016. PIA’s efforts led to the introduction of the Federal Insurance Office Abolishment Act in March. This bill would dismantle the FIO, and the few federal insurance-related duties would be assigned to the U.S. Treasury.

The New Hampshire Insurance Department announced last Friday that ransomware attacks are on the rise and insurers should take any and all precautions to prevent them. President Joseph R. Biden signed an executive order earlier this month called Improving the Nation’s Cybersecurity. The order provides guidance to organizations on how they can protect themselves from ransomware attacks. It recommends several best practices to protect your business, including: backing up and testing data, system images and configurations; updating and patching systems promptly; testing incident-response plans; checking the security team’s work; and segmenting your networks.

N.J.: PIANJ elects eight to board of directors, Director of the Year named

Gov. Andrew M. Cuomo announced last week that applications now are open for the $800 million COVID-19 Pandemic Small  Business Recovery Grant Program. The program reimburses small businesses in New York with grants of up to $50,000 for COVID-related expenses incurred between March 1, 2020, and April 1, 2021. The grants will be rewarded to small and micro businesses, and to small, for-profit independent arts and cultural organizations. Additionally, Cuomo has proposed legislation that would waive taxes on grants from the COVID-19 Pandemic Small Business Recovery Grant Program.

Gov. Cuomo signed into law chapter amendments for the NY HERO Act on Monday. The NY HERO Act requires employers to adopt certain safety measures to help stop the spread of airborne infectious diseases in the workplace, and requires them to form workplace safety committees. Per the chapter amendments, the New York State Department of Labor and the New York State Department of Health will have 60 days to release industry-specific guidelines for businesses to follow.

Gov. Phil Scott announced Monday that he has lifted all of Vermont’s COVID-19 restrictions because 80.2% of Vermonters who are 12 years of age or older have received the first dose of the COVID-19 vaccine. Additionally, Vermont’s State of Emergency—which expired Tuesday—was not renewed. Following the Vermont Forward plan, all remaining state restrictions are lifted, though some situations are governed by federal guidelines, like public transportation and long-term care facilities.

The Connecticut state House of Representatives and state Senate held special legislative sessions this week to pass additional legislation. PIACT has been watching legislation that would legalize adult-use, recreational cannabis and legislation that would allow final adjustments to be made to the 2021-22 budget—both of which passed the state House and state Senate during the special sessions, and are awaiting a signature from Gov. Ned Lamont. However, the Transportation Climate Initiative, and reimbursements for mental health and drug addiction services did not make it onto the agenda for the special session for neither the state Senate nor the state House.

Assemblyman and Assembly Financial Institutions and Insurance Committee Chair John McKeon, D-27, introduced A-5901 in the state Assembly on Monday. The bill—one of PIANJ’s 2021 legislative priorities—would prohibit the use of step-down provisions in personal automobile insurance policies. Sen. Joseph P. Cryan, D-20, introduced an identical Senate bill (S-3899) last week. You can monitor the status of this and other bills with the PIAdvocacy bill tracker.

N.J.: The state primary elections were last week—have you seen the unofficial results?

The New Jersey state primary elections were June 8, 2021, and all 120 of New Jersey’s state legislators are up for reelection. And, so is Gov. Phil Murphy. According to unofficial election results, Democrat Gov. Murphy and Republican Jack Ciattarelli are the major party candidates for governor. And, there are several candidates for the state Senate and state Assembly who competed in the primary elections for a spot on the ballot in the general election this November. During election year, New Jersey PIAPAC plays a paramount role in supporting candidates who understand and represent the insurance industry in the state Legislature get elected or reelected. But, it can’t do that without one major component: You. Learn more about how you can help NJPIAPAC today.

The New York state 2021 legislative session ended last week, and, despite the unusual nature of this session—as a result of the pandemic—PIANY was successful in easing some administrative burdens on agencies, while successfully defending against new, onerous requirements.

The New Jersey Compensation Rating and Inspection Bureau announced in Advisory Bulletin #79 last year, that the Jan. 1, 2021, annual rate filing would be delayed as a result of the COVID-19 pandemic. The governing committee of NJCRIB has decided that it will submit its annual rate filing to Commissioner of Banking and Insurance Marlene Caride by early October, with a proposed effective date of Jan. 1, 2022.

The Mutual Service Office Inc., has introduced commercial endorsements BU 02 49 and MCP 249, Actual Cash Value Loss Settlement–Roof Coverings, which goes into effect retroactively to March 1, 2021. Per the announcement, when replacement cost coverage applies, these new optional endorsements modify loss-settlement provisions for roof coverings to an actual cash-value basis for damage caused by wind or hail. When the BU 02 49 or MCP 249 endorsement is used, the amount of insurance for Coverage A should reflect the actual cash value of roof coverings.

As you may know, the Federal Emergency Management Agency is updating its pricing methods for the National Flood Insurance Program through an initiative called Risk Rating 2.0, which goes into effect Friday, Oct. 1, 2021. If you write flood insurance and would like to know more about Risk Rating 2.0, FEMA is offering agent-specific training sessions through July. For more information about Risk Rating 2.0, see the April 8 issue of the Weekly Dispatch.

Did you miss Virtual Conference 2021? It’s still not too late

PIA Northeast thanks all of its sponsors, exhibitors, advertisers, speakers and attendees for attending Virtual Conference 2021 last week. The association is grateful for its ardent supporters. Didn’t get a chance to see everything live? That’s OK—there was so much content, and so little time. The good news is, you still have access to all of the content from the conference, on demand for one year! Log in and bookmark the link for future reference.