“In politics, there is no use in looking beyond the next fortnight.” –British politician Joseph Chamberlain

In other words, two weeks is a lifetime in politics, so there’s really no point in looking past that window.

But on Tuesday, Nov. 2, 2021, New Jersey voters will head to the polls—if they didn’t vote by mail in the weeks leading up to Election Day—to elect the state’s next governor, all 80 members of the state Assembly and 40 members of the state Senate. And, while the election is six weeks away—three times as long as a fortnight—we just can’t stop ourselves from looking at the current landscape and what Election Day may hold.

So, despite Chamberlain’s advice, here is a brief preview of New Jersey’s 2021 election:

At the New Jersey primary in June, Murphy secured the Democratic nomination with no formidable opposition, while Ciattarelli won his party’s nomination with 49% of the vote—winning in all 21 counties—in a crowded, four-way primary. He beat pastor Phil Rizzo, engineer Hirsh Singh and former Franklin Mayor Brian Levine.

Despite having secured overwhelming support from Republican voters in the primary, Ciattarelli has an uphill climb in the contest against incumbent Murphy.

According to a poll released by Monmouth University on Sept. 22, Murphy has a good chance of winning a second term, something no Democratic governor has done in New Jersey since Democratic Gov. Brendan Byrne was reelected in 1977.

Ciattarelli faced a 16% point deficit in Monmouth’s August poll, showing he has closed the gap by a small margin, but likely not by enough.

Plus, Murphy has considerably more name recognition than Ciattarelli, with 50% of the surveyed voters having formed no opinion of the Republican candidate.

According to Patrick Murray—director of the Monmouth University Polling Institute and one of the country’s leading pollsters—Ciattarelli is running out of time to gain the necessary momentum he needs to win. According to the New Jersey Globe, Murray stated, “The ability to create the opportunity for Ciattarelli is out of his hands. The opportunity has to come from someplace else, either a Murphy misstep or an act of God that changes the dynamics of the race.”

Be that as it may, ultimately, voter turnout will decide who wins.

Murphy and Ciattarelli will have a chance to share their visions and policy positions with voters during two upcoming debates. The first debate was Sept. 28, 2021 and the second debate is scheduled for Tuesday, Oct. 12, 2021.

However, there are three districts with contests that are too close to call at this stage in the game and it may even be a few days after Election Day before a winner is declared.

Here is a brief look at the three split districts with competitive races:

Atlantic County Republican state Sen. Chris Brown’s, D-2, decision not to run for reelection set up the races to represent New Jersey’s second legislative district as among the most high-profile set of legislative contests on the ballot. Following Brown’s decision not to run for the state Senate again, he actually resigned his seat instead, to take an appointment in the Murphy administration. New Jersey political observers expect this particular race to be the most expensive legislative race in New Jersey this year and, when all is said and done, it likely will be one of the most expensive legislative contests ever.

Both sides are pouring resources into the contest as Democrats view this race as perhaps the most valuable Senate seat to pick up. Winning this seat will provide even more support for state Senate President  Stephen M. Sweeney’s, D-3, bid to secure another term as the state Senate leader. Meanwhile, Republicans hope to retain the state Senate seat and turnover the state Assembly seats, as well.

Given that New Jersey’s second legislative district has a history of being a swing district,  both sides rightfully believe that they have a great chance. Recently, this district also has been one of a few split districts, adding intrigue to this year’s elections. A split result—which means that both parties will win or retain at least one seat—is entirely possible, if not likely, in this district.

Regardless of who wins, there will be two new members of the state Assembly representing the eighth legislative district.

Earlier this year, sitting Assemblyman Ryan Peters, R-8, announced that he would not seek reelection. Prior to this announcement, it was thought widely that he would run against Democratic Sen. Addiego. Instead, Peters’ decision left an opening for first-term Republican Assemblywoman and former Burlington County Sheriff Stanfield to challenge Sen. Addiego for the state Senate seat, opening her state Assembly seat, as well.

New Jersey’s eighth legislative district is a competitive—although it is not a split,—district typically.  The current split between the two parties was not the result of an election, but rather was created when Sen. Addiego—who was elected to the seat as a Republican—switched parties midterm and joined the Democratic caucus. While it is difficult to predict who will win, looking at past election results, it stands to reason that the winning candidates all will likely be members of the same party.

The last time Democrats won an election for the state’s 16th legislative district’s state Senate seat was in1902. They hope to buck history this year with current Assemblyman Zwicker’s candidacy; increased Democratic voters in the district; and the announcement by longtime Sen. Christopher “Kip” Bateman, R-16, that he would not seek reelection. In fact, Democrats view the 16th legislative district as their best opportunity to pick up an additional state Senate seat. Even before Sen. Bateman’s announcement, Assemblyman Zwicker was thinking about challenging Sen. Bateman, and he was viewed widely as a strong candidate to provide the Democrats with a good chance to win this state Senate seat for the first time in over a century. Former Congressman Pappas won the Republican primary and seeks to keep the Republican winning streak alive.

Despite the past success of Republican candidates for the state Senate seat, Democrats hold both state Assembly seats with Zwicker and Freiman, who won their first elections to the state Assembly in 2015 and 2017, respectively. Newcomers Joseph Lukac and Vincent Panico—the Republican candidates—face an uphill challenge against incumbent Assemblyman Freiman and his running mate, Sadaf Jaffer.

However, Republican gubernatorial candidate Ciattarelli hails from this district and will appear on the top of the ballot along with Pappas, Lukac and Panico. Should Ciattarelli do well in his home district, there may be a down-ballot effect that could impact the legislative races.

There isn’t an organization monitoring this election closer than NJPIAPAC. For more information about the election, visit the NJPIAPAC website, and watch your PIA Northeast publications. 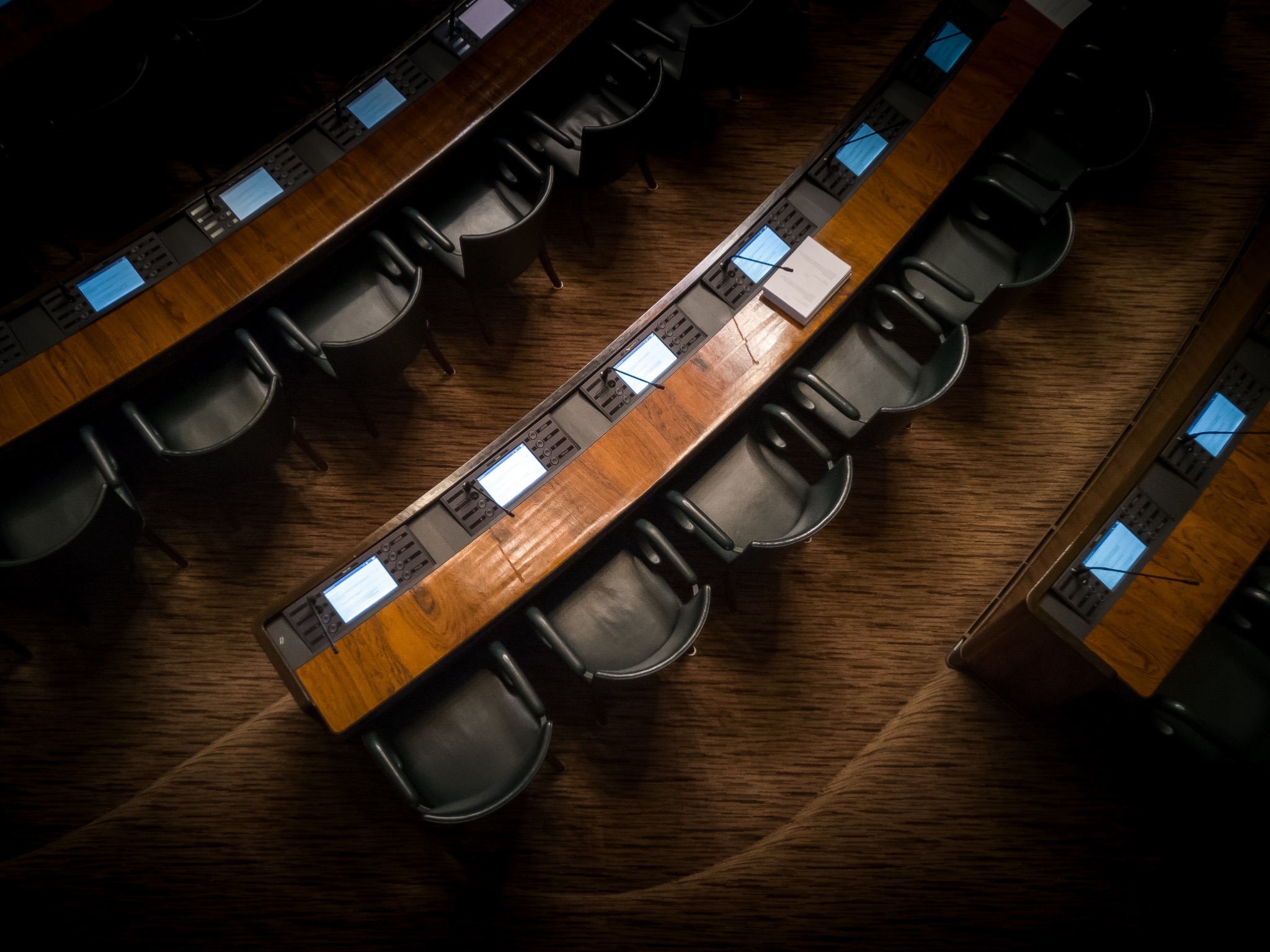 Adam Guziejewski is senior director of Government Affairs for Katz Government Affairs. He is a seasoned government and public affairs and association management professional, most recently serving as the deputy executive director of the New Jersey State Funeral Directors Association. Adam brings 15 years of demonstrated government affairs success to Katz Government Affairs—including a history of collaborating with influential public policy makers and developing legislative and political priorities and strategies. Adam earned his Bachelor of Arts degree from Rutgers University and he has completed the New Leaders Council–New Jersey’s Fellowship Program. He is a current member of the NLC-NJ Advisory Board, a former member of the NLC-NJ Executive Board and served a 10-year stint on the NEW JOBS PAC Board of Trustees.