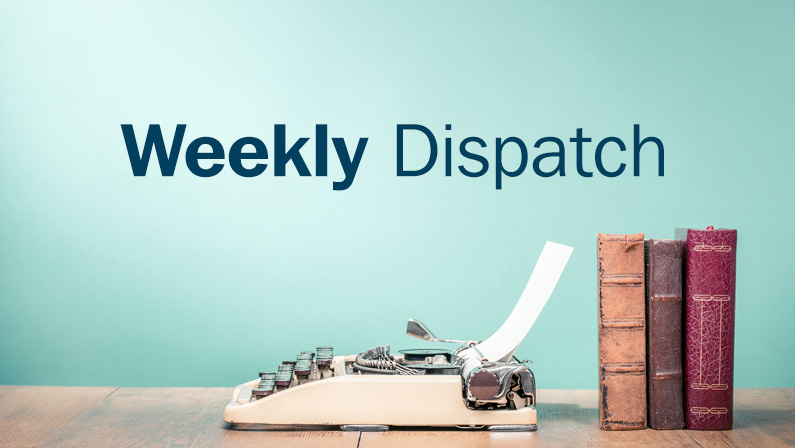 Republican Jack Ciattarelli announced last Friday that he has conceded from the gubernatorial race against Gov. Phil Murphy officially. The race was a close call for Ciattarelli and Murphy, with Murphy securing the vote with less than a three-point margin over Ciattarelli. Ciattarelli—a former state assemblyman who represented the 16th legislative district from 2011-18—promised to lower property taxes in New Jersey, and to ease restrictions from the COVID-19 pandemic. He vowed that he will run again for governor in the 2025 election.

Gov. Kathy Hochul announced on Monday that up to $2 million in emergency funding will be made available to eligible homeowners in New York, Orange, Putnam, Sullivan and Ulster counties, which were impacted by flooding from Hurricane Ida earlier this year, and which could not access funding from the Federal Emergency Management Agency’s Individual Assistance Program. The funds will provide emergency repair grants to homeowners who suffered damage to their primary residence during the hurricane, and who cannot safely occupy their homes. For state-specific updates following the recent tropical storms and recent flooding, PIA members can access PIA Northeast’s Hurricane Info Central. Do you have a question about the recent storms? PIA members can email the Industry Resource Center, or call (800) 424-4244.

Gov. Hochul announced last week that New York state has requested $996 million in additional federal funding from the U.S. Department of Treasury for the Emergency Rental Assistance Program to help fulfill an unmet need among struggling tenants and landlords. Initially, the program was awarded $2.4 billion in federal funding, but in less than six months, that funding has nearly run out. The program began accepting applications on June 1, 2021, and since then, it has paid or allocated more than $2 billion in rental assistance, covering roughly 165,000 applications to the program, including over 81,000 direct payments to landlords. Without additional federal funding, the program will not be able to fulfill many requests for help that still are pending. U.S. Rep. Kathleen Rice, D-N.Y.—along with 16 other members of the New York state congressional delegation—have submitted a letter to the U.S. Department of Treasury in support of Hochul’s application.

Gov. Hochul announced last week that $25 million in federal funding will be used to provide free legal assistance to low-income renters who are facing eviction in areas of the state outside of New York City. The legal assistance is aimed to help tenants and landlords resolve rent-related disputes and to maintain tenants’ housing stability. Hochul announced the recipients of grants from this funding on Monday.

Vermont Democratic Sen. Patrick Leahy announced on Monday that he will not run for a seat in the U.S. Senate in the 2022 election. Leahy has represented Vermont in the U.S. Senate since 1975, and he is the longest-serving U.S. senator who is still in office. Leahy will retire in January 2023, when the 118th U.S. Congress convenes.

Recently, PIA collaborated with other insurance trade groups to send a letter to the leaders of various, relevant U.S. Senate committees, urging them to include the Secure and Fair Enforcement Banking Act in the final National Defense Authorization Act for Fiscal Year 2022. If it is signed into law, the SAFE Banking Act would protect independent insurance agents from federal prosecution if they do cannabis-related business in states where cannabis is legal. Additionally, the bill would make it easier for banks to offer financial services to the cannabis industry. The U.S. House of Representatives has passed the SAFE Banking Act five times since 2019—most recently, it passed the legislation on Sept. 23, 2021, as part of the NDAA. Currently, PIA continues to meet with U.S. Senate offices to encourage the senators to pass this legislation as part of the NDAA. For updates, watch your PIA Northeast publications.

Gov. Phil Murphy signed S-3318—supported by PIANJ—which establishes the Special Olympics New Jersey Fund, and provides a designation on the state income-tax return that will permit taxpayers to make voluntary contributions to the fund. Additionally, the bill requires the state Legislature to allocate all contributions to the fund to Special Olympics New Jersey. SONJ is a tax-exempt organization under 26 U.S.C.S.501(c)(3) that provides free, year-round sports training and athletic competition for children and adults with intellectual disabilities. Each year, PIANJ and NJYIP support SONJ with their annual Golf Classic and the Fun Run, respectively. In their more than 30-year relationship with SONJ, PIANJ and NJYIP have raised more than $4 million for the organization.

Your PAC is thankful for your support

Insurers post strong income growth in the first half of 2021

The New York Compensation Insurance Rating Board is hosting three webinars to highlight the new experience rating formula, announced in R.C. Bulletin 2540. The webinars will be held on Tuesday, Nov. 30, 2021; Tuesday, Dec. 14, 2021; and Thursday, Jan. 27, 2022. According to the bulletin, the new experience rating formula—which goes into effect Oct. 1, 2022—will incorporate several new methods (e.g., variable split points, a simplified rating formula), and will discontinue others (e.g., the merit rating plan). For more information on the webinars, see R.C. Bulletin 2548.

March 24-25: Save the date: Connecticut Convention at the Hartford Marriott Downtown