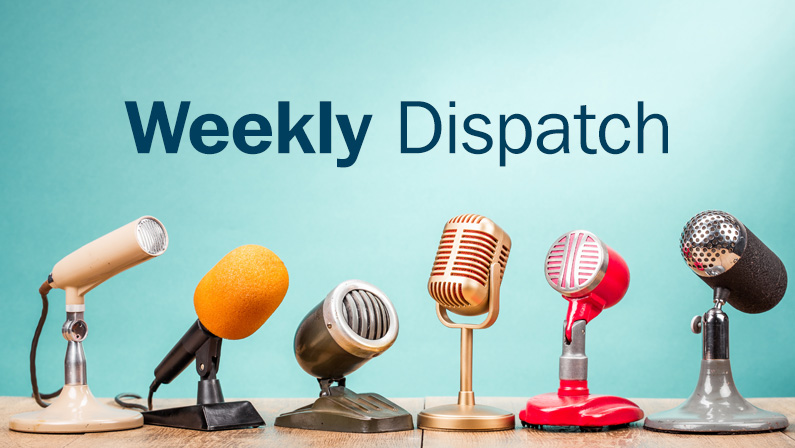 New Hampshire Gov. Chris Sununu announced last week that he sent a letter to U.S. Treasury Secretary Janet Yellen to address the U.S. Treasury’s narrow limitations on how states can use funding from the Emergency Rental Assistance Program. This letter is a follow up to Sununu’s initial letter to Yellen, which he sent May 4, 2021. In both letters, Sununu is urging the U.S. Treasury to allow states to use these one-time funds to invest in affordable housing for working families. Additionally, New York Gov. Kathy Hochul announced last week that New York has joined California, Illinois and New Jersey in calling on the U.S. Treasury to prioritize additional rental-relief funding for high-tenant states that have exhausted their initial federal allocation. To keep you updated on the latest COVID-19-related news, see your state’s COVID-19 resource page at www.pia.org, and watch your PIA Northeast publications.

Winter continues in the Northeast

Connecticut Gov. Ned Lamont announced Tuesday that, as a result of trends in the forecast indicating that temperatures in the state generally will average about 10 degrees below normal for the next two weeks, he is directing Connecticut’s cold-weather protocol—which he activated last Friday—to remain in effect through Wednesday, Feb. 2, 2022, at noon. New Jersey Gov. Phil Murphy announced last week that he has lifted the storm-related states of emergencies. New York Gov. Hochul announced last week that she directed state agencies to prepare emergency response assets as extreme cold temperatures and increased winds would push across New York state over the weekend. Additionally, Hochul announced on Sunday that she urged New Yorkers to prepare for winter weather expected to bring heavy snow in some areas, and a mix of ice and rain in other locations. Following the storm, parts of New York measured at least 17 inches of snow. As you know, a significant risk of winter storms is flooding and it takes 30 days for a flood policy to go into effect—so the time to start talking to your clients about flood insurance is now. To help you start the conversation, PIA offers resources through its Storm Info Central and PIA Design & Print. Storm Info Central provides members with state-specific updates and resources on topics such as storm damage, frozen pipes and fire safety. PIA’s Design & Print can help agents order materials to help their clients prepare for this storm season. For more information on how Design & Print can help you, email Calley Rupp.

Gov. Lamont announced last week that employees in Connecticut now can access benefits under the state’s newly launched paid family and medical leave program, which provides wage replacement for those who need to take time away from work to address qualifying health or family concerns. The program is employee funded through a 0.5% payroll deduction, which began Jan. 1, 2021; it began granting benefits to eligible applicants on Jan. 1, 2022. The employee contributions are pooled into the Paid Leave Trust, which pays the paid-leave benefit. The amount of income replacement varies based on a worker’s earnings and it’s capped at 60 times the state minimum wage, or $780 per week.

Gov. Lamont announced last week that he scheduled a special election for Tuesday, March 1, 2022. The election will fill the vacancy for the seat in the state House of Representatives for the fifth Assembly district of the state House, which consists of portions of Hartford and Windsor. The seat became vacant on Jan. 10, 2022, after former Rep. Brandon L. McGee Jr., D-5, resigned.

The New Hampshire Insurance Department announced last week that a record number of insurance adjusters and producers have been licensed in New Hampshire. As of December 2021, there were 200,925 active insurance licenses in the state; 193,713 are licensed individuals and 7,212 are business licenses—96% of which are held by nonresident individuals and businesses. Do you have someone in your agency who is in the process of earning his or her insurance license? Remember: PIA Northeast has partnered with A.D. Banker & Co., to offer members prelicensing courses at a 5% discount. Also, if you have a question about your licensing requirements, see PIANH’s Licensing Compliance Central.

Gov. Murphy announced that he signed A-4521/S-2882, which allows insurers to submit a power-of-attorney to the Motor Vehicle Commission electronically, when the insurer is taking ownership of a policyholder’s vehicle after a total-loss settlement.

Gov. Murphy announced Tuesday that he signed a series of legislation to enhance employment opportunities, training and other supports for individuals with disabilities. The legislation includes the establishment of the Direct Support Professional Career Development Program—to which $1 million was allocated; a requirement for the New Jersey Economic Development Authority to establish a loan program to assist certain businesses with funding to provide reasonable accommodations for employees with disabilities; and a requirement for the New Jersey Department of Human Services to establish payment programs for the purchase of transportation services from private-sector and government transportation service providers.

Gov. Hochul announced last week that $991 million in bonds and subsidies awarded to create or preserve 3,242 affordable, sustainable and supportive homes across the state. The developments will leverage an additional $379 million in private funding to create an overall investment of nearly $1.4 billion to further local economic-development efforts, reduce homelessness and advance New York’s commitment to expand safe, secure and healthy housing opportunities for individuals and families. Additionally, Hochul announced on Sunday that $2 million in assistance has been allocated to help tenants impacted by the deadly fire in a Bronx high-rise apartment building, which took place Jan. 9, 2022. The funds—dispersed through the Office of Temporary and Disability Assistance’s Emergency Needs for the Homeless Program and through the New York Homes and Community Renewal’s Housing Trust Fund Corp.—will provide tenants with case-management services, personal-property replacements, and relocation and rental assistance to help address critical household needs.

Gov. Phil Scott announced Tuesday that he delivered his Fiscal Year 2023 Executive Budget Summary to the Vermont General Assembly. Scott’s budget address included historic investments to grow and strengthen the workforce without raising taxes, and funding allocated to assist employers with wages and to support workers who are learning new skills for future careers.

Gov. Murphy signed S-1559 on Tuesday. The law—which goes into effect immediately—allows consumers to bring “bad-faith” lawsuits against insurers for an unreasonable delay or for an unreasonable denial of a claim, for the payment of benefits under an insurance policy. PIANJ successfully advocated to have insurance producers excluded from this law. The association’s efforts helped protect producers from being sued for actions over which they had no control. Due to the association’s success in gaining the important amendment, the association remained neutral on S-1559—even though several insurance carriers advocated against it. For updates on how this new law impacts the insurance industry, watch your PIA Northeast publications.

PIANY-priority legislation (A.603)—which is sponsored by Assemblyman Daniel Rosenthal, D-27—passed the state Assembly last week with a 145-0 vote. If it is signed into law, the legislation would repeal Section 3403 of the Insurance Law, which requires insureds in New York City to submit an anti-arson application every year if they want their property to be covered from damage caused by fire or explosion. PIANY supports the repeal of this application because the requirement no longer is necessary to fight fraud, and because many insureds either forget or simply fail to complete the application in time—and not due to any fraudulent activity. If an application isn’t submitted, then the insurer must cancel the insured’s policy, and this creates unnecessary expenses and gaps in coverage for insureds. Now, A.603 will go to the state Senate, where a companion bill (S.2627) sponsored by Sen. James Sanders Jr., D-10, has been referred to the Senate Insurance Committee. For updates on this legislation—and PIANY’s other 2022 legislative priorities—watch the PIAdvocacy bill tracker and your PIA Northeast publications.

After New York state legislators, constituents or advocacy groups get a bill introduced in the state Legislature, they need to garner additional support for the legislation to bolster it and give it the best chance to arrive on the state Senate and state Assembly floors, which is just one of the steps a bill must take to become law. Additional support can come from co-sponsors from both chambers, acquiring a same-as bill from the opposite chamber from which the original bill originates, or getting support from the Assembly Ways and Means or Senate Finance committees (if the bill has a state fiscal note). Additionally, state legislators, constituents and advocacy groups can garner public support for a bill by reaching out to outside organizations through public-education campaigns on TV, radio, social media, etc.

The National Association of Insurance Commissioners held its Fall National Meeting last month, during which it added the Innovation, Cybersecurity and Technology Committee—also known as H Committee. The committee will oversee the adoption and implementation of the NAIC Insurance Data Security Model Act by the states, the survey on the use of e-commerce in the context of the Uniform Electronic Transactions Act (which is underway currently) and the use of artificial intelligence in the insurance industry.

N.J.: Do you know the difference between New Jersey PIAPAC and PIAPAC?

The NHID announced last week that it released a frequently asked questions document with information about the requirement for health insurers in New Hampshire to cover testing for Per- and Polyfluoroalkyl Substances as a medically necessary test. The requirement does not extend to nonmedical insurance. Additionally, residents who work outside of the state and receive insurance through their employer may not have this coverage. Health insurers in New Hampshire were required to cover this testing after a broad law was passed in 2020 to study the contamination of New Hampshire communities from PFAS. PFAS are a group of synthetic chemicals that have been used for decades to manufacture household and commercial products (e.g., nonstick cookware, stain-resistant furniture and carpets and waterproof clothing) that resist heat, oil stains, grease and water. Some studies of PFAS exposure in humans suggest that the substances may cause various adverse effects on human health.

The DFS and NY State of Health announced last week that the Open Enrollment Period for 2022 Qualified Health Plans will remain open, consistent with an announcement from the federal government that it is extending the public health emergency—the extension of which went into effect Sunday. New Yorkers needed to have enrolled by Saturday for coverage starting Tuesday, Feb. 1, 2022. However, they also can enroll by Tuesday, Feb. 15, 2022, for coverage that would start Tuesday, March 1, 2022.