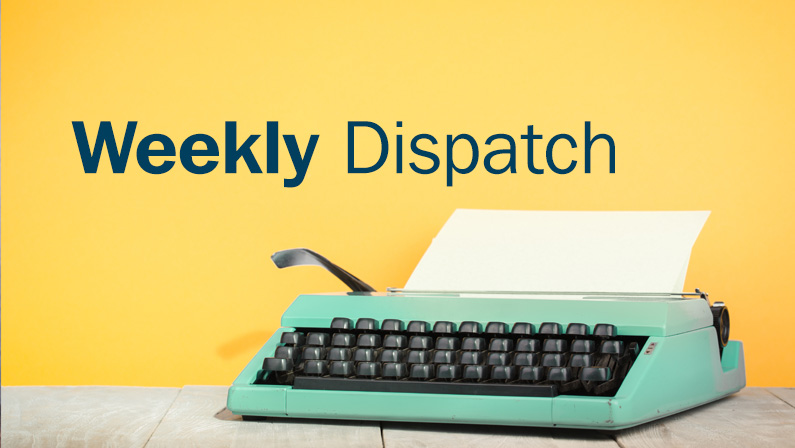 PIA’s Long Island RAP on Wednesday, April 27, 2022, in Woodbury, is your next, best opportunity to earn continuing-education credits, to hear from a keynote speaker from the N.Y. Giants, to see the latest in InsurTech and to network with industry colleagues from all over New York. But what makes it even better? You can get all of it in-person—even our hallmark trade show, where you can meet new people, connect with agents and company representatives and spend time with us. Register now. We can’t wait to see you!

Rising inflation has led to surprising renewal premiums from many insurance carriers. As a result, automobile insurance policyholders may see their premiums rise when their policies renew. Analysts estimate that auto premiums will increase 6-8%. Additionally, inflation is contributing to rising homeowners premiums, which have increased already as a result of climate change. Inflation has affected almost every cost associated with building and repairing houses, and insurance carriers have been increasing the replacement costs for houses. These increases mean that homeowners likely must pay more to have adequate coverage.

The Great Resignation may impact the insurance industry

According to the U.S. Bureau of Labor Statistics, nearly 33 million U.S. employees have voluntarily resigned from their jobs since April 2021, in a movement named The Great Resignation. These resignations are happening across myriad industries—including insurance—for a variety of reasons, such as employee dissatisfaction with income and lack of opportunity for career growth. A 2021 study found that insurance professionals may show similar dissatisfaction as professionals in other industries, and 56% of insurance companies are trying to increase their staff, the top reason for which is that they are understaffed. To attract and retain agency staff, agency leaders should pay attention to how they are compensating their employees and creating more opportunity for their employees’ careers to grow—especially when they are recruiting, training and working with young millennials and Generation Z.

Connecticut and the United Kingdom reached an agreement last week to establish an InsurTech Corridor that will allow tech companies in the U.S. and the U.K. to benefit from both countries’ markets. According to The Courant, companies that take advantage of the InsurTech Corridor can educate themselves about markets in both countries, and grow their businesses by connecting with international professionals and expanding their investment opportunities.

Gov. Kathy Hochul announced last week that she signed a package of legislation that addresses workplace harassment and discrimination. S.812-B/A.2035-B establishes a toll-free, confidential hotline for complaints about workplace sexual harassment. S.3395-A/A.2483-B clarifies that state all public employers are subject to the provisions of the New York State Human Rights Law. According to the new law, state employers include those serving in the executive, judiciary and legislative branches—including the staff of elected officials or judges. And, S.5870/A.7101 prohibits the release of personnel files as a retaliatory act against employees who make sexual harassment complaints.

As part of its series on the causes of errors-and-omissions claims, Utica National published guidance on how insurance agents can avoid E&O claims. The guidance includes several do’s and don’ts, such as confirming that insurance carriers receive coverage requests, being clear with insureds that coverage isn’t in effect until the carrier confirms it and not promising insureds that coverage will be back-dated while waiting for the carrier to confirm the coverage. But as agents know, E&O claims happen. To help agents protect themselves from liability if they face E&O claims, PIA Northeast offers E&O coverage to its members that includes coverage from top-rated carriers that’s competitive and is tailored to agents’ needs.

The Department of Banking and Insurance announced last week that it issued Bulletin No. 22-05, which directs insurance companies, financial institutions and other regulated entities to comply fully with U.S. sanctions on Russia and Belarus. The bulletin complies with Executive Order No. 291, which Gov. Phil Murphy issued earlier this month, and requires all New Jersey state agencies—including the DOBI—to review their authority to suspend or revoke licenses, permits, registrations and certifications of businesses that invest directly in companies owned or controlled by the governments of Russia and Belarus, or their agencies. Additionally, the bulletin reminds insurance companies that the ongoing tension between Russia and Ukraine could affect market, credit and liquidity, cyber and operational, strategic and other risks. To learn more about recent cyberrisks associated with Russia and Ukraine, see Alert: New Russian cyberthreats discovered, governments issue guidance to reduce cyber security exposures.

The New York State Department of Financial Services announced last week that two insurance companies have agreed to pay up to $2.2 million in fines because they failed to report certain insured-vehicle information to the New York State Department of Motor Vehicles in a timely manner. This announcement is a reminder to all insurers that sell auto insurance in New York that they must report all newly issued auto policies; any in-force policies to which a vehicle has been added or replaced; and any policyholders who have moved to a different company within the insurer group to the DMV’s Insurance Information and Enforcement System within seven days after the policies—or changes to policies—go into effect. Additionally, any terminations or suspensions of insurance must be reported within 30 days.

Earlier this year, renewed “step-down” legislation (A.1761) was introduced in the state Assembly and referred to the Assembly Financial Institutions and Insurance Committee. The legislation—one of PIA’s legislative priorities—would prohibit the use of step-down provisions in personal auto policies. Step-down provisions in these policies reduce the applicable limits that insureds can recover from what the policy reflects. Typically, the provisions are triggered when insureds file claims after they get into an accident when they were using their personal vehicles for business purposes, or after their personal vehicles are involved in accidents when drivers not listed on their policies were operating their personal vehicles. The renewed legislation has not been introduced in the state Senate yet. Last year, legislation for this same issue was introduced in both the Assembly and the Senate, but it didn’t advance in either chamber before the legislative session ended. However, PIA has advocated for the elimination of these types of provisions since 2007, when the association advocated successfully for the removal of step-down provisions in commercial auto policies. To learn more about step-down provisions and PIA’s advocacy to prohibit them, watch the latest episode of The Break. For updates on this legislation, watch your PIA Northeast publications.

N.Y.: Agents Advocacy Coalition can help you get to the polls

Are you unable to get to the polls for the primary elections this June or on Election Day this November? That’s okay—voters in New York can vote before these elections through an absentee ballot or during their counties’ early voting window. Both options are open to all voters in New York. For more information, see N.Y.: Absentee voting, a how-to and access Agents Advocacy Coalition’s election webpage.

Agents should understand the nuances in coverage for rented, hired and non-owned vehicles

Insurance agents should be able to help their personal- and commercial-lines insureds understand how their insurance policies will cover them when they rent vehicles (or rent out their own), when they are hired to use their vehicles to provide delivery or transportation services and when they borrow or lend their vehicles. In some cases, certain agreements insureds may sign may complicate or jeopardize their coverages. Important factors to consider include the kind of vehicle that’s being rented, whether a vehicle used for work is a personal auto and how a non-owned vehicle is being used. Understanding the caveats to personal and commercial auto policies is key—and it can help agents prepare their insureds before they agree to any terms.