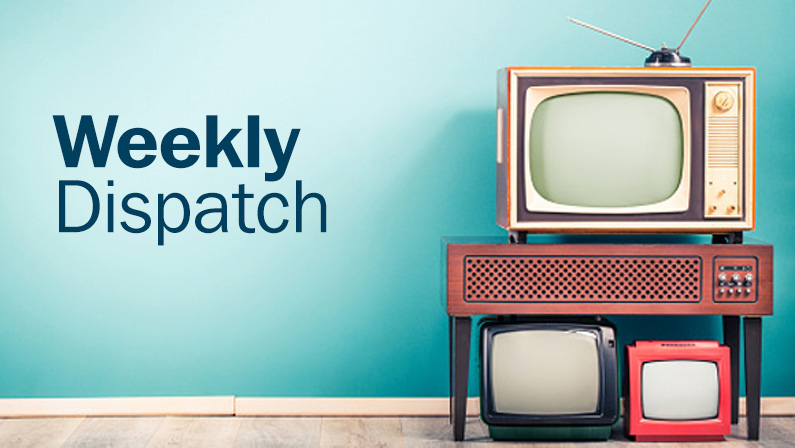 Cyber security tip: Be weary of SSO options on websites

Many websites offer single sign-on options (e.g., sign in with Google, Facebook, Apple or Microsoft) to make users’ experiences more convenient. However, a recent phishing attack uses these sign-on windows to steal sensitive log-in information from users. To protect their sensitive data—and their insureds’ sensitive data—insurance agents should check with their cyber security professionals before using SSOs. To get more alerts like this and to determine their unique cyberrisks, PIA member-agencies can use PIA’s Cyber Risk Assessment.

CTYIP officers and directors for the 2022-23 administrative year were elected at the CTYIP Annual Business Meeting last week. Ryan Kelly, of Shelton was elected president; Justin Sloan, of Meriden was elected president-elect; Robyn Ricciardone, of Meriden was elected vice president; James Kannengeiser, of Stratford was elected treasurer; and Jacklyn Meeker, of Southport, was elected secretary. Anthony DeSalva, of Georgetown, will serve as immediate past president. Directors re-elected to the CTYIP board with terms ending in 2023 include: Kathleen Bailey, CPIA, ACSR, CLCS, of Southport; Scott Burns, of Hartford; Jeremy Card, of Sandy Hook; Anthony DeSalva, of Georgetown; Ryan Keating, of Hartford; Jacklyn Meeker, of Southport; Robyn Ricciardone, of Meriden; and Justin Sloan, of Meriden. New directors elected to the CTYIP board with terms ending in 2024 include Christine DeFelice, of Melville, N.Y.; Cathy Finlayson, of East Haven; James Kannengeiser, of Stratford; Ryan Kelly, of Shelton; and Salvatore Liistro, of Meriden.

Gov. Chris Sununu, the New Hampshire Departments of Administrative Services and Employment Security, and the New Hampshire Insurance Department announced on Monday that they released a Request for Proposal to look for a commercial insurance carrier to insure and administer the Granite State Paid Family and Medical Leave Plan. The income-tax-free plan provides participating New Hampshire employees with 60% of their average weekly wage for up to six weeks per year, for specified leaves of absence from their workplaces. Once a carrier is approved by Sununu and the Executive Council, the contract term of the program will extend through Dec. 31, 2027, and may be extended for up to two additional years.

Gov. Phil Murphy announced last week that he signed legislation (A-208), which increases the compensation for election workers from $200 per day to $300 per day, and appropriates $7 million to the Department of State.

The Vermont state Senate confirmed Nancy Waples to the state Supreme Court last week, with a 27-0 vote. This confirmation made history in Vermont because Waples is the first nonwhite woman to be seated on the state’s highest court. Gov. Phil Scott appointed Waples to the Supreme Court last month after the U.S. Senate confirmed Justice Beth Robinson’s appointment to the U.S. Court of Appeals for the Second Circuit.

PIA National announced last week that the association extended its deadline to nominate insurance-industry professionals for its 2022 Customer Service Representative of the Year and Young Insurance Professional of the Year awards to tomorrow. If you know an independent insurance professional who would be an ideal candidate for one of these awards, submit your nomination now.

No cuts made to crop insurance in Biden budget request

The Biden administration released its fiscal year 2023 budget request on Monday, which included more than $31 billion for the U.S. Department of Agriculture and proposed no cuts to the federal crop insurance program for the second year in a row. PIA advocates—and will continue to advocate—against budget cuts to the crop insurance program because it protects farmers from natural and economic disasters, and it supports rural economies.

One of PIA’s top priorities in Connecticut is to reform the surplus-lines requirements to simplify insurance producers’ processes when placing business in the surplus-lines market. Legislation for these reforms hasn’t been introduced in the Connecticut General Assembly yet. However, PIA aims to remove the requirement for producers to obtain three declinations before renewing surplus-lines policies with the same carrier. Currently, they are required to obtain the declinations before placing and renewing these policies. PIA does not aim to remove the requirement for producers to obtain declinations before placing new policies. To learn more about this PIA priority, see The Break—PIA Connecticut priority: Excess-lines reform.

The New York state Assembly passed PIA top-priority legislation (A.6877)—sponsored by Assemblyman Kenneth Zebrowski, D-96—yesterday, which would allow insurance carriers to waive the requirement for photo inspections when clients purchase physical-damage coverage for their vehicles. PIA members can support this legislation in less than one minute by sending a prewritten message to their state senators to encourage them to support this legislation. Additionally, the Assembly passed PIA-priority windstorm legislation on Tuesday. The legislation (A.950-C)—sponsored by Assemblywoman Stacey Pheffer Amato, D-23—would standardize the definition of windstorm in homeowners insurance policies to clarify when the windstorm deductible goes into effect for homeowners, insurance producers and government officials. Now, PIA is focusing its attention on the state Senate, in which S.6407-B has been referred to the Senate Insurance Committee for review. And, PIA-priority legislation (S.8127) that would simplify the process for placing business in the excess-lines marketplace passed the state Senate last week, with a 62-1 vote. The legislation—sponsored by Sen. Neil D. Breslin, D-44—would reduce excessive reporting requirements. If it’s signed into law, insurance brokers would be required to report only the insurer name, the National Association of Insurance Commissioners number and the reason the broker believed the licensed insurer would consider underwriting the risk. To help PIA advocate for each of these priorities and to stay updated, watch for calls to action and information in your PIA publications and on PIA Northeast’s Facebook, LinkedIn, Twitter and YouTube channels.