Recently, the Vermont Supreme Court ruled in the case of Huntington Ingalls Industries v. Ace American Insurance Co., that a policyholder could proceed with a business interruption claim that alleges that the COVID-19 virus caused physical damage to property when it adhered to the surface of the insured property.

What is going on here?

Huntington Ingalls Industries, the largest military shipbuilding company in the United States, purchased an “all-risk” policy from its own captive insurance subsidiary, Huntington Ingalls Industries Risk Management LLC in March of 2020. The policy insured all real and personal property against all risks of direct physical loss or damage to property. The captive insurer purchased multiple policies from multiple reinsurers to reinsurer the risk.

During the COVID-19 pandemic, when many businesses were forced to close, Huntington was designated as “Essential Critical Infrastructure” and remained open. Despite taking measures to reduce the spread of COVID, including modifying work schedules, cleaning its facilities, and placing physical barriers to restrict the transmission of the virus, as many as 6,000 of Huntington 42,000 employees tested positive for COVID-19 at one time. Due to the high rate of employee infection, Huntington was forced to operate at less than full capacity and incurred losses as a result.

In September of 2020, both Huntington Ingalls Industries and Huntington Ingalls Industries Risk Management LLC (hereafter referred jointly as Huntington) sued their reinsurers for coverage under the all-risk policy. Huntington argued that the COVID-19 virus caused direct physical loss or damage when the virus adhered to surfaces and hung in the air. At the trial court level, the reinsurers sought a judgment on the pleadings, basically asking the court to dismiss the case before it even starts. They argued that COVID-19’s presence on the surface of insured property cannot continue direct physical loss or damage to property, therefore the policy would not be triggered, and Huntington cannot allege an insurable loss. The trial court granted the reinsurers motion—relying heavily on the overwhelming number of cases decided in other states that had determined that COVID-19 did not cause direct physical loss or damage to property. Huntington appealed the case the Vermont Supreme Court.

The Vermont Supreme Court acknowledged that most of the courts in the country had held that COVID-19 on property does not constitute a direct physical loss or damage to property. Despite that, the court states that it is not bound by any of those decisions, a sure sign it is going to go against the majority here. In determining the issue, the court first undertook an exhaustive examination of how to properly interpret the phrase “direct physical loss or damage to property” in Huntington’s policy, including breaking down each individual word and examining its definition.

Finding Huntington’s complaint sufficient the Vermont Supreme Court ruled in favor of Huntington and reminded the case to the trial court for further proceedings.

What did the court not say?

The Vermont Supreme Court did not say that COVID-19 caused “direct physical damage” or that the reinsurers were obligated to cover the losses. This case was not about ultimate liability. Instead, it was asking whether Huntington had raised a scenario successfully in which coverage could be possible, allowing the case to proceed to trial. The court acknowledged that Vermont has “extremely liberal pleading standards” and that Huntington successfully cleared this low bar. The court further acknowledged that the theory that a virus adheres to a surface changing its physical dimensions maybe a stretch. However, it stated it is not the court’s role at this stage in the proceedings to test the facts or evidence. So, it for procedural reasons that the court allows this case to continue to allow experts and evidence to come in and evaluate the validity of insured’s novel legal argument. Basically, it is giving Huntington its day in court.

‘The virus exclusion in the room’

Toward the beginning of the Vermont Supreme Court’s opinion, almost in passing, it is mentioned that the Huntington policy does not contain a virus exclusion. That throwaway line is critical in understanding the result in this case. The lack of a virus exclusion is what allows this case to continue. Here the court acknowledges that fact, without mentioning the virus exclusion specifically. The court states that for a loss to fall under the policy, coverage must be triggered in the first instance by a covered risk.

If the Huntington policy would have had a virus exclusion the loss would have not been caused by a covered risk and there would plainly be no coverage. However, in the absence of a virus exclusion, the court allows the inventive argument for physical damage to continue.

Does this case change the landscape of COVID-19-related business interruption claims? Not likely.

Think of COVID-19-related business-interruption claims like an army trying to invade a fortress in the Middle Ages. The army is the policyholder, and the fortress is the insurer. Most insurers have built their fortress with two layers of defense. First is a giant, insurmountable wall that is impossible to get through. This is the Virus Exclusion Wall.

There is a second wall behind the first wall. This wall, the Direct Physical Damage Wall, is big but not so giant or insurmountable that the most agile invader could not get past it. Generally, those insurers with both lines of defense have protected their fortress.

However, those insurers that forgot to build the Virus Exclusion Wall are susceptible to skilled litigators … errr … invaders. In this case, the reinsurers failed to build a giant, insurmountable wall and they may have to pay for it. 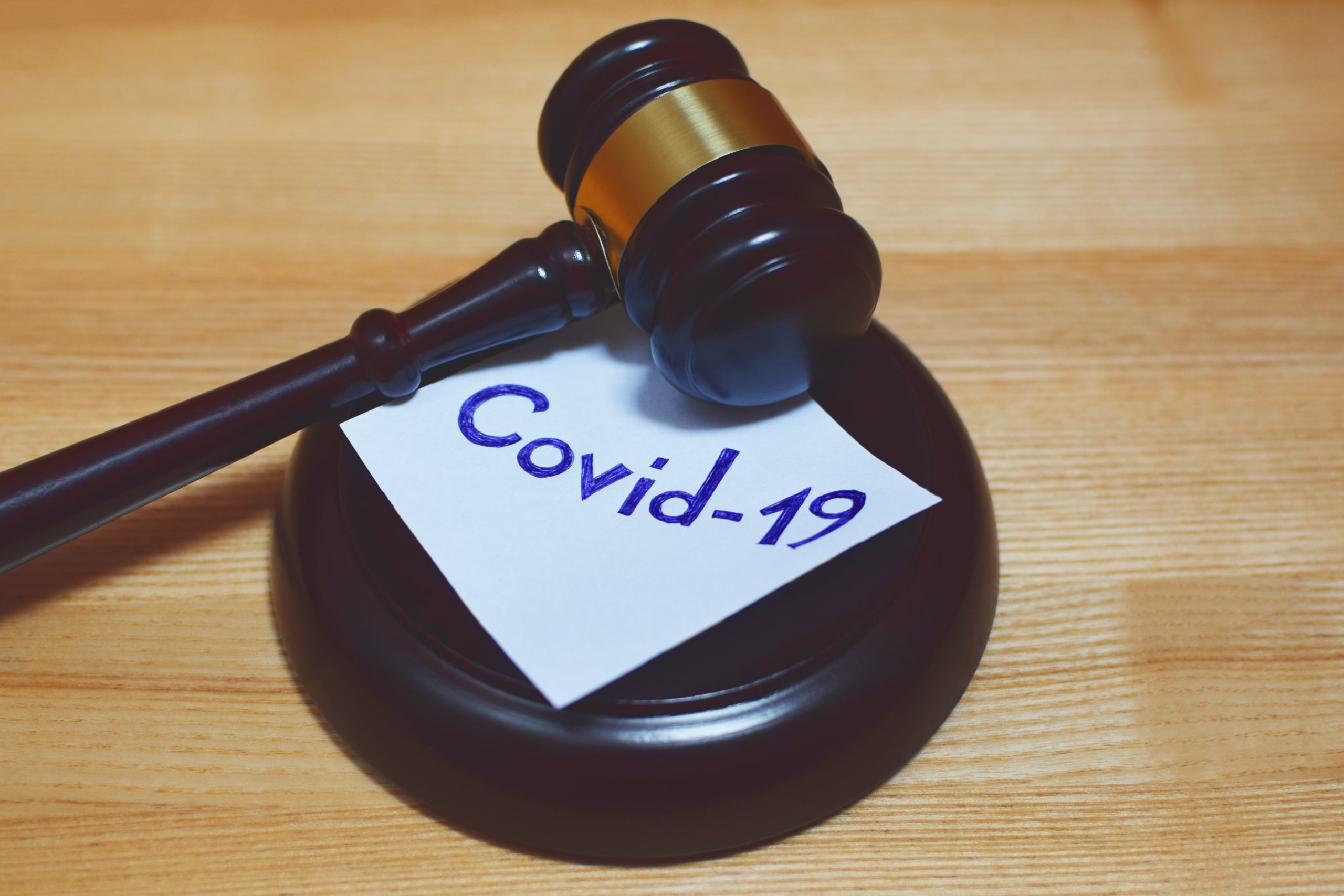