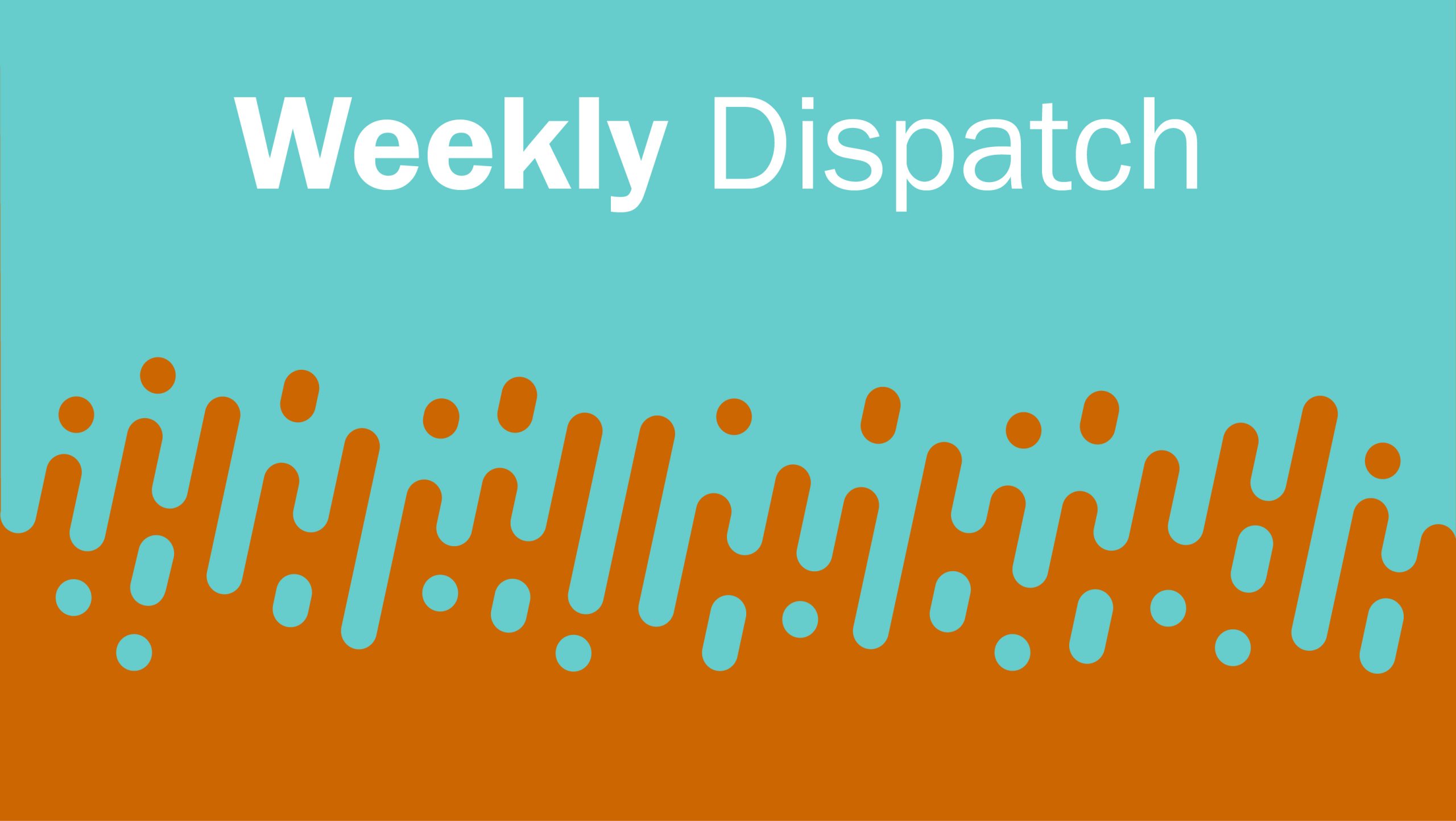 Cannabis and its effect on the industry

There are multiple bills pending in Congress that are designed to ease significantly, and ultimately eliminate, the tension that exists between states that have legalized the adult use of cannabis and federal law, which prohibits the cultivation, distribution, or use of marijuana. The tension between state and federal law leaves the cannabis business and those who partner with it uneasy over whether the federal government will recognize their commercial ventures, including contractual relationships such as insurance policies. PIA offers members many resources to help them stay up to date on the cannabis insurance issue.

Owning a small business has never been easy. However, in today’s highly competitive and increasingly crowded global marketplace, the challenges are more formidable than perhaps ever before. That means that if you want your agency not just to survive but to thrive, then you may need to leave your comfort zone and think beyond traditional brick-and-mortar operations. Indeed, for most businesses today, success is predicated on the ability to navigate the online world effectively.

According to a report from the Insurance Information Institute, the 2022 combined ratio for the property/casualty insurance industry is predicted to worsen due to Hurricane Ian and deterioration in the personal auto line—making it the worst year for the p/c industry since 2011. The industry’s combined ratio—a measure of underwriting profitability is forecast to be 105.6, a worsening of 6.1 points from 99.5 in 2021. Due to inflation, geopolitical risk, and supply-chain disruptions, the insurance industry can expect more loss pressures and a continuing hard market.

Connecticut’s, New Hampshire’s and Vermont’s midterm results helped bolster the Democrats nationally, helped the Republicans keep two gubernatorial seats, and had strong turnouts across the three states. The Democrats held onto all the Senate seats up for election in all three states, with Sen. Richard Blumenthal and Sen. Maggie Hassan winning re-election, and Rep. Peter Welch winning the open seat in Vermont. New Hampshire and Vermont had a significant number of split-ticket voters resulting in Republican Gov. Chris Sununu and Gov. Phil Scott winning their re-elections, respectively. To see how other races in the states are shaping up, see the related article on PIA Northeast News & Media.

This week we honor our country’s veterans for their service. PIANJ offers a free year of membership for U.S. military veterans who’ve recently earned their insurance licenses and are starting their own insurance agency in the state of New Jersey. In 2020, PIANJ applauded the governor for passing legislation to waive the initial insurance producer licensing fee for any New Jersey resident veteran. If you know veterans who may qualify for a free year of membership, let them know about this offer and contact PIANJ at (800) 424-4244 or via email.

Gov. Phil Murphy, alongside Senate President Nick Scutari and Assembly Speaker Craig Coughlin, announced his support for a series of legislative proposals and administrative actions to combat auto theft in New Jersey. In September 2022, auto thefts were down 14% from last September. In October, auto thefts were down 12% from October of the previous year. The governor also announced that the New Jersey Motor Vehicle Commission will add a check box to vehicle registration paperwork to allow residents to opt into a program that automatically permits law enforcement to track participating registered vehicles if a vehicle is ever stolen.

Gov. Phil Murphy signed legislation to make changes to the administration of the state’s unemployment system to increase the system’s efficiency and expedite timely benefits payments. The recommendations outlined in the conditional veto include revisions to ensure benefits are paid in conformity with federal law. These revisions authorize the Department of Labor and Workforce Development’s Division of Unemployment and Temporary Disability Insurance to permit an employer to communicate information with the division by methods other than electronic communication in those limited circumstances in which an employer has demonstrated an inability to communicate electronically.

N.J.: State to expand resources for individuals with disabilities

The results of this election look a lot like most elections in New York state for the past 10 years. This year, Democrats won the state-wide positions of governor, comptroller, and attorney general, and hold comfortable majorities in both the Assembly and the State. However, while the results look similar, this election is likely to serve as a wake-up call to many democratic office holders as the margins of victory for Democrats is much smaller than expected. Nowhere is that more accurate than the top of the ticket, where Gov. Kathy Hochul faced off against former state Congressman Lee Zeldin. Hochul prevailed over Zeldin, but the margin of victory was closer than what was expected. With over 93% of the expected votes counted, Hochul won 52.7% of the vote to Zeldin’s 47.3%. Hochul’s 53% vote share is the smallest total a Democrat candidate for governor has received since 2002. Down the ballot there were several important races in the state Senate and Assembly. Due to re-districting, several incumbents were running in new districts and in some cases, against incumbents from other districts. To see how other races in the state are shaping up, and how they may affect the insurance industry, see the related article on PIA Northeast News & Media.

N.Y.: Grants offered for nonprofits at risk of hate crimes

Gov. Kathy Hochul announced the opening of applications for $50 million to increase safety and security measures at nonprofit, community-based organizations at risk of hate crimes or attacks. Nonprofit organizations that have received grants previously also may apply for new security projects, For the first time, cyber security projects will be considered for funding. The governor also announced $46 million in federal funding for 240 nonprofit organizations across the state facing an increased risk of terrorist attack.

Gov. Phil Scott and the Agency of Commerce and Community Development announced seven additional awards and another $2.15 million have been committed to remediate brownfield sites across the state. More than $6.8 million in cleanup funding has been awarded to 20 projects in seven countries since Brownfields Revitalization Fund state program opened in October 2021. The projects are anticipated to cleanup more than 35 contaminated acres and create 540 jobs, 288 units of housing, and 115 new hotel rooms.

Legislation that would increase minimum personal injury protection coverage, was introduced in the state Senate on Oct. 31. This legislation (S-3266) is the latest in a long line of bills to address auto insurance coverage limits that have been introduced this legislative session. S-3266 would increase the current personal injury protection minimum limits for both basic and standard auto insurance policies issued in the state. Basic policies, which are available through the New Jersey Personal Auto Insurance Plan, currently have a PIP limit of $15,000 per person, per accident.

The New Jersey Compensation Rating and Inspection Bureau received approval from the Department of Banking and Insurance for a rate revision of -6.1% to become effective Jan. 1, 2023, applicable to new and renewal policies. The NJCRIB distributed Circular Letter No. 2039 detailing this rate revision, along with other changes presented in Manual Amendment Bulletin No.508. NJCRIB had filed for a decrease of 4.7% in rates and rating values, but DOBI mandated a further reduction of 1.4%.

The New York Department of Financial Services announced proposed amendments to 23 NYCRR 500, known as the cyber security regulation, yesterday. Originally published in 2017, 23 NYCRR 500 was a first-in-the-nation attempt at creating standards for the financial services industry in protecting nonpublic information. These amendments would be the first major changes to the regulation since its adoption. The publishing of the regulation in the State Register begins a 60-day comment period. During this time, the public is encouraged to submit comments. When the comment period ends, DFS is required by law to review all received comments and either re-propose a revised version or adopt the final regulation. PIA had the opportunity to review and comment on an earlier version of the amendments. While the amendments proposed yesterday differ the analysis is still useful. Look to next week’s Dispatch for a full review proposed regulation.

Join Steven D. Lyon, CPCU, CIC, CRM, CRIS, AAI, ARM, AIS, MLIS, AFIS, on Monday, Nov. 21, 2022, for an insurance trivia webinar, which is designed to test your personal-lines and commercial-lines knowledge. In Insurance Trivia–Testing your Personal Lines and Commercial Lines Knowledge, you can expect to examine commonly used ISO forms and endorsements, and to shed new light on coverages and exclusions that often are missed by experienced insurance professionals. This course has been approved for continuing-education credits in Connecticut (3 PC), New Jersey (3 GEN), New York (3 BR, C3, PA, PC) and Vermont (3 General).

PIANJ’s next Deep Dive, to be held Wednesday, Nov. 16, 2022, via Zoom, at 11 a.m., will focus on the rapid changes in cyber coverages—specifically what independent agents need to know when offering cyber insurance policies to their clients. This event is designed to answer agents’ questions on how to keep up with all the changes in this niche market. Discussion topics will include: What agents should know about applications; how to prepare clients for changes in renewals; and include examples of real cyber claims. This event is free for PIANJ members—register today.

NJYIP to honor YIP of the Year at Holiday Social

The NJYIP will hold its Holiday Social Tuesday, Nov. 29, 2022, at the Horseshoe Tavern, Morristown, N.J., starting at 5 p.m. Break out your ugliest sweater (encouraged, but not required) and join us for a night full of merriment. The event will include music, an open bar, assorted appetizers, and a light dinner along with ugly sweater contests and prizes! Additionally, NJYIP Director Lisa Glesias, CPIA, will be presented with the New Jersey Young Insurance Professional of the Year award. This award honors an individual who participates in board activities, attends meetings and events regularly, and is active on the committees with distinction. Register today. 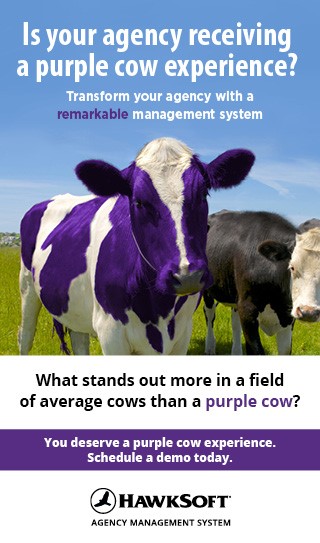