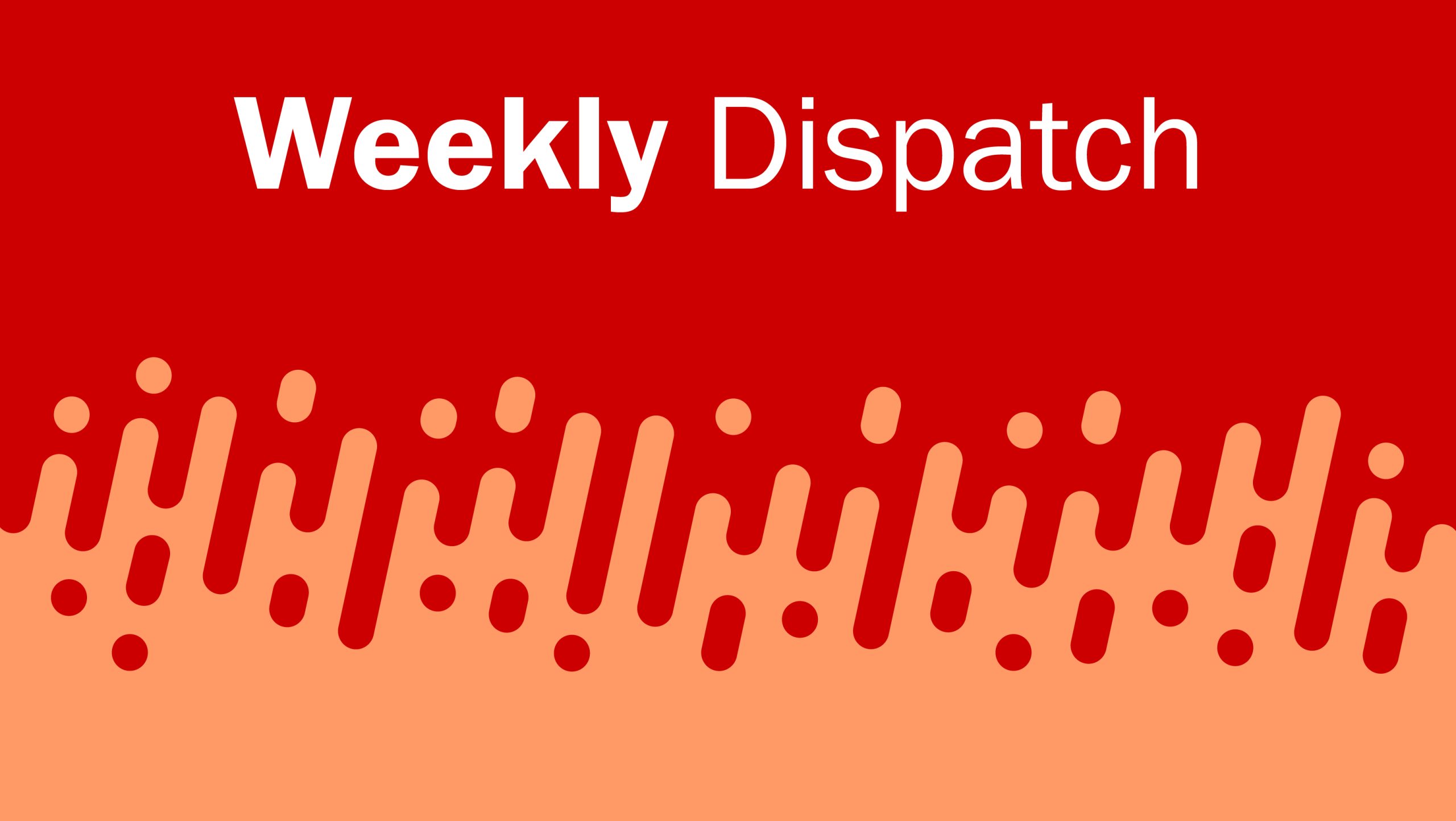 AM Best’s Special Report, “NFIP Adrift but Private Flood Insurance Gains Traction,” states that after Hurricane Ian just 30% of Florida residents have insurance through the National Flood Insurance Program, down from 41% when Hurricane Irma struck the Sunshine State in 2017. However, private carriers increased their total flood insurance premiums by over 40% to surpass the $1 billion mark in 2021; although, at year-end, it still was only one-third the size of the federal flood insurance market. A reminder to PIA members: PIA-partnered The Hartford—a leading insurance company in the property/casualty industry—offers The Hartford Flood Program, which provides competitive commissions exclusive to PIA members for new business (20%), renewals (19.5%) and rollovers (20%). Access to this program includes online quoting, endorsements, policy issuance and free flood-zone determinations—to name a few.

As the 2022 Atlantic hurricane season concluded yesterday, it marked the seventh straight year in which at least 14 named storms formed. Eight of the named storms became hurricanes, and two of the eight storms reached major hurricane (Category 3, 4 or 5) intensity. The season, which began June 1, serves as a reminder to residents living on the Gulf and East Coasts of the United States, as well as the Caribbean territories, that the dangers of high winds and floods destroying property and ending lives is real; and taking action to become more resilient is critical. PIA’s Flood Insurance Tool Kit offers PIA members valuable resources that can help them educate their clients about the importance of flood insurance.

Busy lame-duck session ahead in Congress

Now that the midterm election results are in, and the majority parties of both the Senate and House for the next Congress are known, Congress has returned for a lame-duck session with a long to-do list before the 117th Congress ends on Jan. 3, 2023. PIA is engaged with Congress on several issues in its final days, including but not limited to: extending the NFIP, providing inflation relief for crop insurance agents, instituting a cannabis safe harbor for insurance agents, and opposing the Medicare rule that is burdensome on agents.

Gov. Ned Lamont last week announced that his administration has received notification from credit rating agency Standard & Poor’s that it is increasing Connecticut’s general obligation bond credit rating from “A+” (positive) to “AA-” (stable). This credit rating increase follows increases in 2021 by several other agencies, including Moody’s, S&P, Fitch, and Kroll. Connecticut had not experienced an increase in its credit rating since February 2001.

A bill (A-4769) that would require any person in New Jersey who carries a handgun in public, to maintain liability insurance coverage passed the New Jersey state Assembly (43-29-1) earlier this month. Under the legislation, any citizen who carries a handgun in public in the state must maintain liability insurance of at least $300,000, insuring against loss resulting from liability imposed by law for bodily injury, death, and property damage arising out of the ownership, maintenance, operation or use of a firearm carried in public.

New York state needs a standard definition of windstorm so all homeowners are treated the same and they can understand what they may have to pay following a hurricane. PIANY has launched a campaign to bring awareness to the insurance-buying public about the need for a standardized definition for windstorms. The campaign is designed to make insureds aware of the fact that while the National Weather Service has a clear definition of a hurricane, the insurance industry uses over 100 definitions of windstorm. Which definition a policy uses depends on the insurance company, and it could impact the amount insureds have to pay in the event of wind damage greatly because of the policy’s higher windstorm deductible. The solution: Establish a standard definition for windstorms that would apply to all homeowners policies with a windstorm deductible. The campaign asks members of the public to contact their elected officials to be a part of the solution. Last legislative session, a bill that would standardize the windstorm definition passed in the state Assembly, but it did not pass in the state Senate. Read a related letter to the editor from PIANY President-elect Gary Slavin. Let your clients know about this campaign, share the content on Facebook, LinkedIn and Twitter.

Multi-factor authentication is a method of authenticating users on an information system and requires them to go through multiple steps to access that information system. Commonly, this is accomplished through a combination of a username and password, followed by a requirement for the user to prove his or her identity again through a notification sent to his or her mobile device or by inputting an additional code. Often, MFA is the first and best defense against a cyberattack. Here are some best practices.

N.J.: Get in front of renewal increases with your clients

Across the country, the insurance-buying public has seen sharp premium increases when their homeowners and automobile insurance policies are being renewed. In many cases, premiums are outpacing claims and expenses, as well as rising higher than inflation. New Jersey requires carriers to provide notification—in the form of a conditional renewal notice—to policyholders of the premium amount as well as any changes to the policy. Premium increases are common at renewal. These premium increases may be tied to loss history or a change in carrier appetite. These notices will be specific to individual policyholders and will provide some degree of specificity as to how much the individual premium will increase. You can help your clients understand these changes ahead of time. Plus, PIA offers members access to a sample letter that can help them explain impending insurance company rate increases.

The New York State Department of Financial Services issued a circular letter last week to provide guidance to the insurance industry on cannabis-related criminal convictions and insurance underwriting. Under New York state law, it is illegal for any person or entity to take any adverse action against individuals who may have been arrested or convicted of crimes in the past but had those crimes expunged from their record. In the circular letter, the department addresses how that existing law against discrimination applies to cannabis-related convictions considering the legalization of cannabis in the state in 2021.

PIA Northeast Director of Government & Industry Affairs Bradford J. Lachut, Esq., will lead a webinar Insuring Santa Claus: Real World Insurance in the Holiday Season on Friday, Dec. 9, 2022. This course will examine the challenges that come from trying to insure the notable holiday figure—but will be more far-reaching than one individual. Topics will include the need for employment practices liability insurance to cover any wage claims from elves working overtime, the rules, benefits and pitfalls of placing that hard-to-place sleigh coverage in the excess- and surplus-lines marketplace, trademark/patent/copyright infringement coverage when building toys that are clearly copied, and finding coverage for pets (e.g., flying reindeer). This class is approved for continuing-education credits in Connecticut (1 PC), New Hampshire (1 Producer PROD), New Jersey (1 GEN), New York (1 BR, C1, C3, LA, LB, LSB, PA, PC), and Vermont (1 General).

Leadership skills are important to independent insurance agents. They help them to build relationships in professional settings and to create collaboration between communities. The Connecticut Professionals’ Leadership Academy—which starts Tuesday, Jan. 17, 2023—is a six-month program that encourages emerging leaders to develop and improve their professions, their professional association groups, their companies and their personal career growth. Applications for the program are open until Saturday, Dec. 10, 2022, and the cost to attend is $500 per applicant.

Gov. Kathy Hochul vetoed PIANY’s top-priority photo inspection legislation (A.6877/S.6028) on Nov. 21. The legislation would have made New York’s outdated photo inspection process optional. In her veto message, the governor indicated that if signed, the bill would remove important protections against fraud as well as have unintended consequences of harming small businesses that prove inspections. The governor expressed a willingness to work with the Legislature and the insurance industry to find a solution to this issue during the next legislation session. While PIANY respectfully disagrees with the governor’s position on the bill, the association looks forward to working with the governor in the coming legislative session.

Mark your calendars for 2023