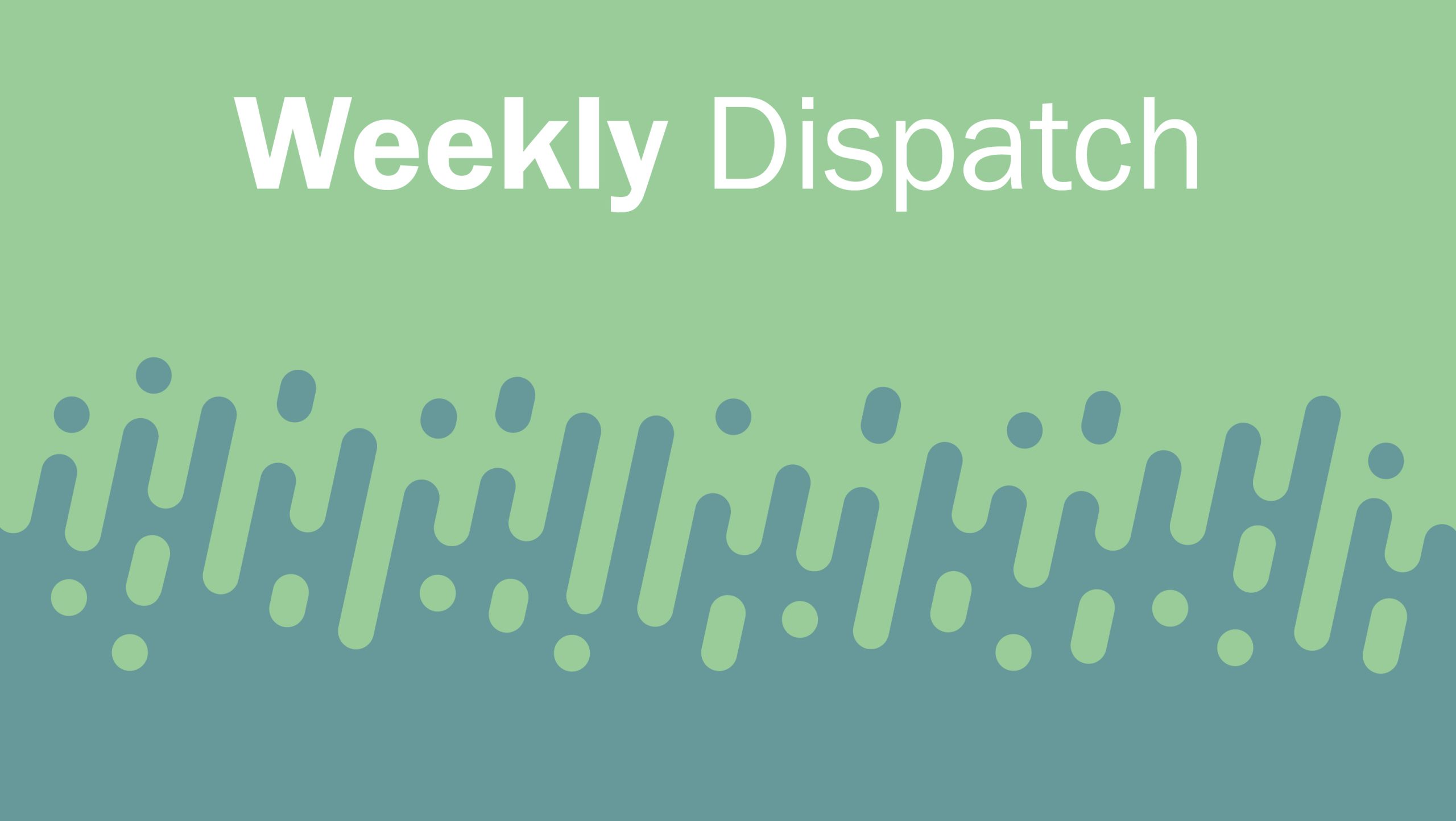 A new Congress, which began this week, means that all legislation introduced in the last congressional session—but not passed and signed into law—is effectively erased. PIA has started working with congressional allies to begin reintroducing bills important to independent insurance agents at the federal level. PIA will continue to advocate for policies that help independent insurance agents protect consumers: reauthorizing the National Flood Insurance Program; supporting the repeal of the Federal Insurance Office, and working with Congress on reauthorizing the Farm Bill, particularly regarding crop insurance.

The NFIP has been authorized to the end of the federal fiscal year on Saturday, Sept. 30, 2023, after its renewal was included in the omnibus appropriations bill passed by Congress. Prior to the extension, the program was set to expire on Dec. 23, 2022. The agreement also included crop insurance provisions sought by PIA National. President Joe Biden signed the bill on Dec. 29, 2022.

Gov. Ned Lamont announced that he will reappoint Andrew N. Mais as the commissioner of the Connecticut Insurance Department. The governor made this announcement last week when he announced that several commissioners and agency heads will continue to serve in their respective positions upon the start of his second term in office this year. Additionally, Mais was elected to serve as president-elect of the National Association of Insurance Commissioners.

N.J.: Minimum wage now over $14/hour for most employees

Gov. Kathy Hochul this week signed S.8127 into law. It simplifies the process for placing business in the excess-lines marketplace. The new law, sponsored by Sen. Neil Breslin, D-44, and Assemblymember Pamela Hunter, D-128, reduces excessive reporting requirements. Historically, before placing business in the excess-lines marketplace a retail broker must receive three declinations from admitted lines carriers. This was a PIANY legislative priority for 2022. PIANY worked with others in the insurance industry, including the Excess Lines Association of New York, to get this important piece of legislation signed.

Gov. Hochul vetoed a potentially disruptive change to New York’s workers’ compensation laws. The bill would have changed the definition of temporary total disability in a way that would have increased workers’ compensation premium costs for businesses across the state. The veto blocks this unnecessary change. In her veto message, Hochul specifically highlighted the high cost of the proposed change and the effect it would have on businesses across the state. PIANY advocated for the veto with the support of many member agents who sent messages directly to the governor urging her to veto the bill. Thank you to every member who took part in PIANY’s advocacy efforts on this issue and throughout 2022.

Gov. Hochul signed A.9284-A on Dec. 16, 2022. It closes a loophole in the law by prohibiting insurers from excluding, limiting, restricting or reducing coverage on homeowners insurance policies based solely on insureds owning specific breeds of dogs. This bill—sponsored by Assemblymember Deborah J. Glick, D-66—is a chapter amendment to the 2021 dog breed law. The bill previously passed the state Assembly back in March and the state Senate in May 2022.

Last week, President Joe Biden declared that an emergency exists in New York state and he ordered federal assistance to supplement state and local response efforts due to the emergency conditions resulting from a severe winter storm beginning on Dec. 23, 2022, and continuing.

Gov. Hochul announced that New York state continued with the $15 minimum hourly wage phase-in for upstate counties on Dec. 31, 2022. Workers outside of New York City, Long Island, and Westchester County saw an increase by $1 per hour, from $13.20 to $14.20—following a statutorily required economic analysis conducted by the New York State Division of the Budget. Additionally, the minimum wage for home care aides, which took effect on Oct. 1, 2022, also will increase by $1 to $16.20 per hour in counties in upstate New York.

PIANJ is sad to report the passing of longtime PIANJ leader Gary C. Rygiel, CIC, CPCU, ARM, CRM, AIS, partner of Liberty Insurance Associates Inc., on Dec. 20, 2022. A PIANJ member for some four decades, he served in every volunteer position in the association, including president from 2008-09. He was awarded the PIANJ Director of the Year award in 2004 and the PIANJ Community Service award in 2001. He was the first, and only, insurance agent to serve as the chairman of the New Jersey Compensation Rating and Inspection Bureau. In lieu of flowers, please consider a donation to the New Hope Foundation, Marlboro, N.J.

PIANJ Vice President Andrew Harris Jr., CIC, AAI, CISR, shared a recent claim that his agency encountered to remind agents and their clients about the importance of complying with the Americans with Disabilities Act. In his article, he writes: “Our agency writes a fair number of insurance policies for marinas and boat dealers. Generally, there are some specialty coverages associated with the class of business. Believe it or not, this claim stemmed from a boat dealer’s website—and for a reason no one foresaw.” To see what the problem was, keep reading the article on PIA Northeast News & Media.

The Supreme Court of New Jersey issued an opinion last month that directly impacts the way insurance producers must handle workers’ compensation for limited liability companies. The court held in the case of Holm v. Purdy that insurance producers have an ongoing duty to advise members of an LLC, that they are eligible for workers’ compensation coverage, but only if the LLC elects to purchase the coverage.

NJYIP is calling for nominations for its 2023 Gala awards. The following awards will be presented later this year at the NJYIP Gala: The Insurance Person of the Year, Lifetime Achievement Award and NJYIP of the Year. For more information about each award, or to nominate someone, click here. The deadline for submissions is Wednesday, March 15, 2023.

The New Hampshire Insurance Department will hold a one-hour training session regarding insurance fraud investigations and how they are conducted in New Hampshire on Friday, Jan. 20, 2023. The seminar will be held in-person and broadcast online. The seminar will cover: details about the NHID’s Fraud Unit and how it operates within the state; the various New Hampshire Revised Statutes that govern insurance fraud investigations; types of cases the NHID investigates and how they proceed to prosecution; various tools of the trade used to investigate fraud cases; real case studies on a variety of fraud schemes; and how the NHID’s Fraud Unit collaborates with federal and state agencies. For more information, or to register, click here.

After a two-year hiatus, CTYIP announces the return of the Holiday Social. Join us for an evening of bar games and networking to celebrate the start of 2023 on Thursday, Jan. 19, 2023, at the City Steam Brewery, Hartford. Tickets will include open bar and appetizers. Cost is $65 for CTYIP members and $75 for nonmembers. Register today.

Once again, the NU Property & Casualty Magazine has partnered with PIA National to survey PIA members to get a better understanding about the challenges that face today’s insurance agents. The survey, which can be filled out anonymously, is available until Tuesday, Jan. 10, 2023. Take the survey today—it will take about 15 minutes to complete.

March 23-24, 2023: Save the date: Connecticut Convention—want to sponsor, exhibit or advertise?