Political terms you should know for New Jersey’s upcoming election

This is a big election year in New Jersey. Not only are all 120 state legislators up for election, but so is Democrat Gov. Phil Murphy. While New Jersey is considered a blue state, the voters have not reelected a governor from the Democratic Party to a second term since Brendan Byrne’s 1977 victory, so this is a race to watch.

New Jersey is in its 2021 general election season. And, New Jersey PIAPAC wants to make sure you are up-to-date on all the political jargon that often will be used in political articles, advertisements and news reports through November.

Below are some key political terms often used regarding elections and politics.

Keep this list handy and share it with your friends and family so you are well-versed with these terms and have the political know-how to navigate the New Jersey political world with ease.

Absentee voting: casting your vote before Election Day because you will not be able to vote in-person on Election Day. This can be done via mail or in-person at your local board of elections.

Ballot drop box: a secure, locked structure operated by election officials where voters may deliver their ballots from when they receive them in the mail until the polls close on Election Day.

Blue state/district: a state or district within a state—in which voters typically elect Democratic Party candidates.

Canvassing: systematic, direct contact with people in an election district, usually with the intent to get signatures on a nomination petition, to encourage them to vote, or to engage them in future grassroots action with the party

Challenger: the term for a candidate who is running against an incumbent (see below); someone who does not currently hold the office for which he or she is seeking election.

Closed primary: a primary election in which the only voters who can cast ballots are the ones registered with the party that is holding the primary. New Jersey uses this type of primary.

Election district: a district that is drawn for the administration of elections. The district is a geographic area that is represented by an elected official. These districts can overlap, or be completely within, city and county lines.

Electorate: all eligible voters in a state, or election district within a state.

Front runner: a candidate—often anointed by the media—who is leading in an election in some combination of the polls, fundraising and/or name recognition.

General election: the Tuesday after the first Monday in November, when voters go to their polling places to elect candidates to offices such as the state Legislature, state governorship, Congress, etc.

Inactive voter: a voter who has a questionable address. Counties receive this information when sample ballots that are sent prior to each election are returned because they either are undeliverable, or they indicate that the voter has moved. Subsequently, that voter is put into an “Inactive” status.

Incumbent: a candidate running for office who holds the office or seat for which he or she is running.

Independent/unenrolled voter: a voter who is not enrolled in a political party. Usually, he or she is called an independent voter.

Major party: a term often used to refer to one of the two main political parties in the U.S., the Democrat and Republican parties.

Open seat: an election for office in which there is no incumbent running for reelection.

Party: a political organization that runs candidates for office on the ballot. Examples of parties include the Democratic Party, the Republican Party, the Green Party and the Libertarian Party.

Party affiliation: the party with which an individual voter is affiliated. A voter can fill out a form to affiliate with a party in New Jersey.

Polling place: the location voters go on Election Day, or during early voting, to cast their votes.

Poll worker: a New Jersey resident who works at the polls on Election Day. Residents of all ages—including college and high school students—are eligible to be poll workers. Training is required and will be provided. To learn more about how you can become a poll worker, visit the New Jersey state elections website.

Primary: when voters who are enrolled in a party vote for their party’s nominee for office.

Provisional ballot: a ballot that voters cast when their eligibility to vote cannot be confirmed at the polls on Election Day, or when they apply to vote absentee. After the election, if it is determined that the voter who cast the provisional ballot was eligible to vote, the ballot will be counted.

Stump: to campaign in person on a local level, also known as person-to-person electioneering.

Swing district: an election district that could be won by either party. Voters in these districts do not vote for Democrats or Republicans consistently.

Swing vote: the undecided, usually independent, portion of the electorate that can swing the outcome of an election one way or the other.

Third parties: any political party that competes against the two major parties.

Vote by mail: casting a ballot before the election via mail. Voters who vote by mail receive their ballots in the mail and return them via mail on or before Election Day. For more information on voting by mail, visit the New Jersey state elections website.

Voters: a person who is a U.S. citizen and therefore eligible to cast a vote in an election. A U.S. citizen who is at least 18 years old, a resident of the county for 30 days before the election, a person not serving a sentence of incarceration as the result of a conviction of any indictable offense under the laws of this or another state or of the U.S. . To register to vote, visit the New Jersey state elections website. 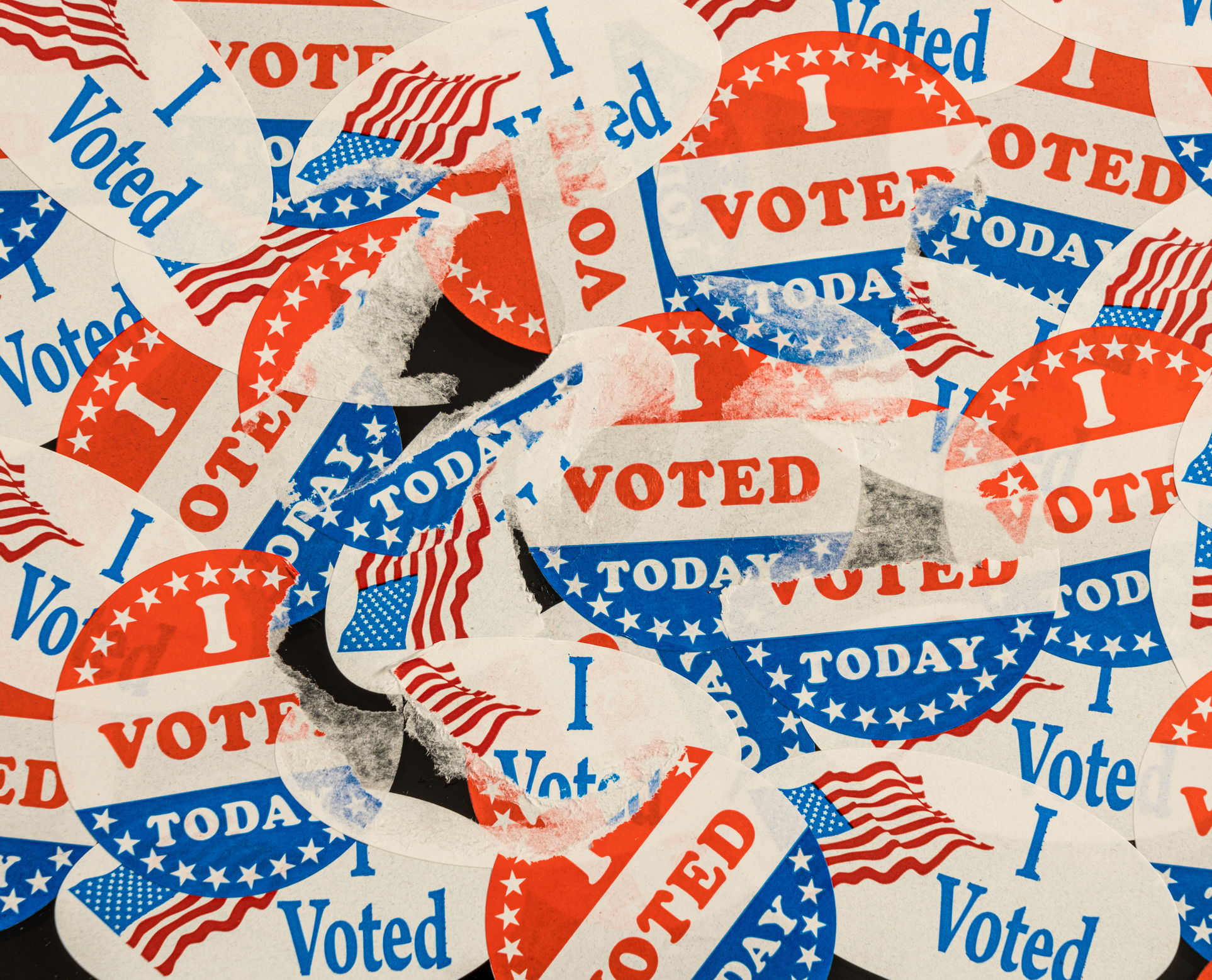