A letter ran recently in the Albany-based Times Union titled “Commentary: A repeal that would help fraudsters and hurt consumers.” The letter is an opinion piece written by Tod Neifert, an auto theft investigator, which calls for New York Gov. Kathy Hochul to veto legislation that would make the photo inspections currently required by New York Insurance Law Section 3411 and Regulation 79 optional. PIANY has long supported the legislation and the efforts to reform the photo inspection process. The letter has several inaccuracies and partial truths that deserve to be addressed.

Let’s start at the top, literally. The title of the letter is “Commentary: A repeal that would help fraudsters and hurt consumers.” Since the term “repeal” features prominently in the title, you might think that the legislation Neifert opposes would repeal the photo inspection requirement. You would be wrong. The legislation, S.6028/A.6877, does not repeal the photo inspection requirement. Instead it makes the program optional. The proposed legislation provides insurance companies the opportunity to waive photo inspection verification requirements to provide physical damage coverage for drivers. Insurance companies that no longer find a need for the independent verification for vehicles may cease to require the inspections, improving consumer experience and ensuring drivers have the coverages they paid for. Those carriers that find value in the program are free to continue to utilize it.

To support the effectiveness of the program, Neifert makes the claim that the year after the photo inspection program was enacted, “car thefts declined by 7% in the state … .” I have not bothered to check the accuracy of that figure. Honestly, it’s not that important since the information is over 30 years old! The photo inspection requirement became law in 1977. Neifert’s statistic covers car thefts that took place in 1978, a year in which there was only one Star Wars movie and people were using a literal club to lock their steering wheels. Those figures—no matter how good—hardily seem relevant in 2022 (and 10 Star Wars films later).

Since 1978, technology has developed by leaps and bounds to help carriers fight fraud in more effective ways. Starting in 1981, standard vehicle identification numbers were required for all on-road vehicles. The standardization of VINs has allowed for easier tracking of vehicles. For example, the federal government requires uniform salvage disposal, which requires insurers to report vehicles that are determined to be a total loss to the New York State Department of Motor Vehicles. In addition, insurance companies utilize ClaimSearch, a central registry for all property damage claims. Insurers are required to check this database before paying a claim. These are just two of the advancements since 1978 that have rendered the photo inspection requirement unnecessary.

Despite the lack of any true correlation between photo inspections and fraud, Neifert likely would argue the requirement is still valuable due in part to the simplicity in getting the process completed. Early in his letter, he refers to the photo inspection requirement as “simple.” However, in practice that is far from the truth.

Unfortunately, it can be very difficult for drivers to get these inspections completed. For many New Yorkers, the nearest inspection site often is more than 30 miles away with limited availability—hours during which these sites do photo inspections are often limited to a few hours a day, a couple days a week. This places an unnecessary burden on the driver who will spend more than two-to-three times the amount of time driving to and from the inspection site than it takes to compete the inspection.

Not addressed by Neifert is the fact that there are real consequences to consumers for failing to have a photo inspection performed. New York state law requires an insurance company to cease physical damage coverage for any driver who fails to obtain the inspection within the 14-day time frame. Drivers already would have paid for the coverage and they may not be aware of the abrupt cancellation. This creates a high risk that they may not have the coverage in place that they already purchased.

The photo inspection requirement, while once an effective tool, has outlived its usefulness. It now serves as more of a danger to consumers than a protection. For this reason, PIANY calls on Gov. Hochul to sign S.6028/A.6877 into law and make photo inspections optional. 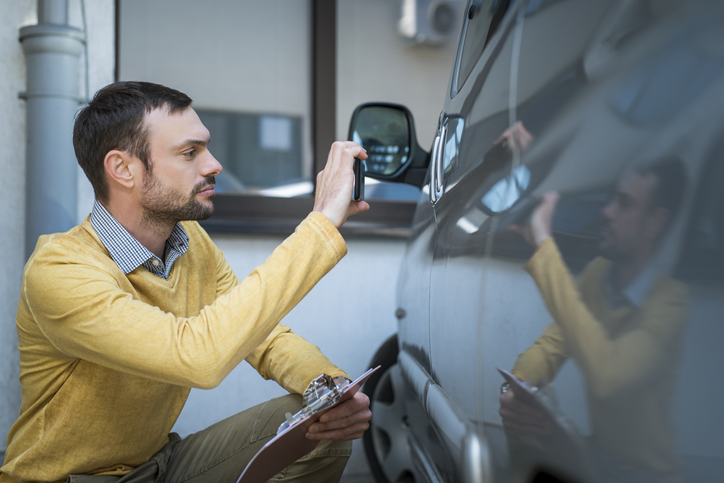