The governor acted quickly on this bill. It was delivered to her on Monday afternoon and a little less than six hours later, the legislation was vetoed. This is unusual, as the governor has 10 days to act on a bill once it is delivered to her. Those 10 days often are used to address any concerns the governor might have with a particular piece of legislation. Unfortunately, that was not provided here. This is disappointing, as many of the governor’s concerns expressed in her veto message could have been easily addressed by the insurance industry, which fully supported this legislation. In her veto message, the governor indicated that if signed, the bill would remove important protections against fraud, as well as have unintended consequences of harming small businesses that provide inspections.

The photo inspection requirement may have prevented fraud when the law was first passed in 1977, but it has long since outlived its usefulness. Since the photo inspection requirement, insurance companies have developed more advanced methods to verify coverage and underwrite policies. Technological advancements have made it easier for individuals to document and submit information directly to insurance companies as requested, rendering such specific legal requirements obsolete.

Despite this disappointing result, PIANY is proud of all the work PIA members did to get the bill this far. This session, PIA conducted five PIAdvocacy campaigns, during which PIANY members contacted their state legislators to ask them to co-sponsor this important legislation and put pressure on legislative leadership to pass the bill. This included four statewide campaigns—two focused solely on the state Senate—and a final push over the last week targeting the bill’s 19 Senate co-sponsors urging them to encourage the sponsor to allow the bill to be discharged from the Senate Insurance Committee to the Rules Committee.

In total, PIANY members sent over 500 messages to more than 100 members of the Legislature. Over 65% of state senators and over 40% of the state Assembly members were contacted during the 2022 legislative session by insurance agents in their districts. PIANY members met with 26 state legislators as part of the District Office Visits Program.

During the legislative session (January through June), PIANY encouraged more legislators to sponsor the bill, and the original 11 co-sponsors grew to 19. We always saw an uptick in co-sponsors after doing an advocacy campaign and/or District Office Visits, during which we asked legislators to become co-sponsors, thus demonstrating the impact of these campaigns and meetings.

PIANY would like to thank every member who sent advocacy messages throughout the year, every person who participated in District Office Visits to explain the importance of this legislation, and the supporters of PIANY’s political action committee. Every bit of support helped us get this legislation through the Assembly and the Senate. 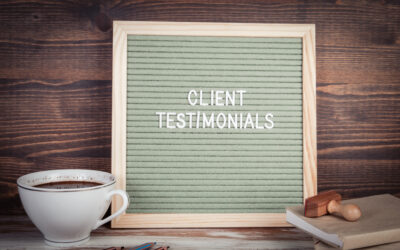 Testimonials are great … aren’t they?

Testimonials have turned into an integral component of the success of a business. Think about how important a Google...