In Part I, we discussed how a bill is introduced in the state Legislature. In this second installment of articles discussing the legislative process in New York, we will review how to garner support for your bill—both inside and outside the Legislature.

How long does it really take for a bill to become law?

Many people think that, if you have a good idea—especially when so many people support the idea—it should be easy to get the bill passed into law. However, this is not always the case. To illustrate this point, let’s take the PIANY windstorm definition bill (S.6407-A/A.950-B) as an example.

The legislation—first introduced in the state Assembly in the 2007-08 legislative session and every session since—finally passed the state Assembly in the 2017-18 legislative session (it did not pass in the Senate); and it reached the third reading in the 2019-20 session. This bill would standardize the definition of a hurricane in a homeowners insurance policy—similarly to the standardized definitions of a flood or fire. Currently, there are many different hurricane definitions that insurance carriers use, and this bill would make that definition standard for all homeowners policies.

Seems simple? Logically, all homeowners should be able to expect the same definition of a hurricane no matter what carrier they buy a policy from, right? Well, ever since the bill was first introduced, there has been pushback and mischaracterizations of what the bill does, which has led to it stalling in the state Senate. In the 2019-20 legislative session, there were larger concerns that kept it from passing, such as COVID-19-related bills.

Another example is the Dominic Murray Sudden Cardiac Arrest Prevention Act (S.1016-B/A.2388-B), which became a law last year. This bill directs the commissioners of education and health to establish rules and regulations for the treatment and monitoring of students who exhibit signs or symptoms of sudden cardiac arrest—especially during athletic activity. The bill was first introduced in 2013 after 17-year-old Dominic Murray suffered a sudden cardiac arrest and collapsed on the court during a college basketball game. His sudden cardiac arrest symptoms went unrecognized by everyone around him. Even though this bill was introduced almost a decade ago and it seemed like a smart bill, it was not passed in both houses of the Legislature and signed into law until 2021.

Both bills have good ideas and seem logical as they protect homeowners and students in New York. However, they both demonstrate that, just because you have a good idea doesn’t automatically mean your bill will pass. The biggest hurdle to success is convincing others that your bill is worthwhile and should be acted upon when thousands of bills are introduced every legislative session. It makes it hard to stand out—especially if there are bills that have a larger sense of urgency, such as many of the COVID-19-related bills passed in 2020 and 2021.

How can you get your bill noticed?

Each year in the state Legislature, thousands of bills are introduced on hundreds of topics, so it can be hard to get noticed. However, there are steps advocates, supporters and advocacy groups can take to increase the likelihood that a bill will be taken up and passed.

The first step is to get the bill introduced in both chambers. Bills that have a same-as bill in the other chamber are looked upon more favorably because they demonstrate support in the other chamber. While there are many one-house bills passed by both chambers every session, a bill sponsored in both houses stands a better chance at getting passed.

After the bill is introduced in both chambers, you need to get co-sponsors to show that there is more than one legislator who supports the bill. These often are strategic choices—legislative co-sponsors should not be chosen at random. Ideally, you want multiple co-sponsors from the committee of origin as well as any secondary committees to which your bill could be sent. This will show the committee chair that the sponsor has support among others on the committee.

Legislative members who have constituents who would be impacted by the bill are vital co-sponsors for two reasons. One, the legislator should be a sponsor—or even a co-prime sponsor—to show that you have support from those who are impacted by the bill. Two, it also is good for members to be able to point to bills they support that impact their constituents in their re-election efforts. Additionally, if a bill could—or could be perceived to—affect certain residents of New York negatively, having sponsors on the bill who represent these supposedly impacted constituents often removes that concern or argument that the opposition uses typically.

Using the hurricane bill as an example, the sponsors in both houses represent Long Island—the area of the state most likely to be impacted by hurricanes. By sponsoring this bill, the members are demonstrating that they are concerned about an issue that affects their constituents. Great co-sponsors would be members of the Insurance Committee and the Rules Committee—this bill doesn’t have a financial impact on the state, so it’s unlikely to go to the Assembly Ways and Means or Senate Finance committees. Finally, other legislators from Long Island and New York City would be perfect co-sponsors since constituents in those districts likely would benefit from this bill.

Where to get support outside the Legislature?

Public support for a bill goes a long way to get sponsors for a bill—as well as getting the bill passed through each chamber. Without public support from individuals and interest groups, most bills go nowhere. But, how do you garner support and from whom?

First, you identify groups that likely would take an interest in your bill. What organizations have worked on similar bills or represent the interests of people whom your bill would impact/help. Often—though not always—PIANY will work with other insurance-industry associations including other agent groups, along with carrier associations. If a bill has industry-wide support—whether from the insurance industry or another one—legislators often are more likely to pass the bill because there is a united front from those who are asking for a bill. When agents and carriers are on opposite sides of a bill, it can be more difficult to get a bill passed and legislators often will ask that the different segments of the industry work together to find a solution that everyone supports.

Second, you can reach out to organizations and get members of those organizations to offer support. PIANY does this when one of its bills is going to be considered—or if it wants a bill to be considered—by urging its members to send letters or to call their state Assembly members and/or state senators, urging them to support the bill, asking committee chairs and/or legislative leadership to put the bill on an agenda, or even asking legislators to co-sponsor the bill. Legislators respond well to their constituents’ requests because those are the people they have to convince to elect them every two years.

A final way to get support from outside the Legislature is to go to the general public—if it makes sense for your bill. You could do a public-education campaign via multiple forms of media—TV, radio, social media, text messages, etc.—to alert the public of the existence of your bill. You could ask people to reach out to their state legislators asking them to support the bill—similar to the actions PIANY asks its own members to take on behalf of its legislative priorities. Again, legislators respond well to what their constituents want, and if legislators hear from many constituents that they support a bill, they are more likely to support it in the Legislature.

What do you do about opposition?

Even when a bill seems so logical that there couldn’t possibly be opposition, there will be. Often, bills require action by certain groups, organizations or industries. For example, New York passed legislation last year that prohibits insurance carriers from considering a dog’s breed when they rate homeowners policies for New Yorkers. PIANY opposed this legislation before it was signed, in an attempt to prevent its passage. This kind of opposition pops up all the time, and sometimes, it’s successful.

Sometimes, those who oppose a bill will mischaracterize what the bill does to prevent the bill from moving forward. You would think this wouldn’t work since legislators—or their staff—can read the bill and see for themselves that the people’s or organizations’ claims are not accurate. However, with the high number of the bills on which members must vote each year, often they rely on interest groups to help them understand what certain bills do—especially when they are highly technical in nature. Those in an industry have a better understanding of what a bill does so legislators rely on them for assistance to understand the nuances of those bills.

There are multiple ways to combat opposition, but the most effective is to educate legislators and their staff. This can be done in a variety of ways such as:

Now that you have support for your bill from legislators, advocacy organizations—and maybe the public—the next step is to get both houses of the Legislature to pass the bill.

In the next installment of this series, we will discuss the formal process of getting a bill through legislative committees and through each chamber of the Legislature, along with challenges that can arise and ways to help ensure your bill makes it all the way to the governor’s desk. 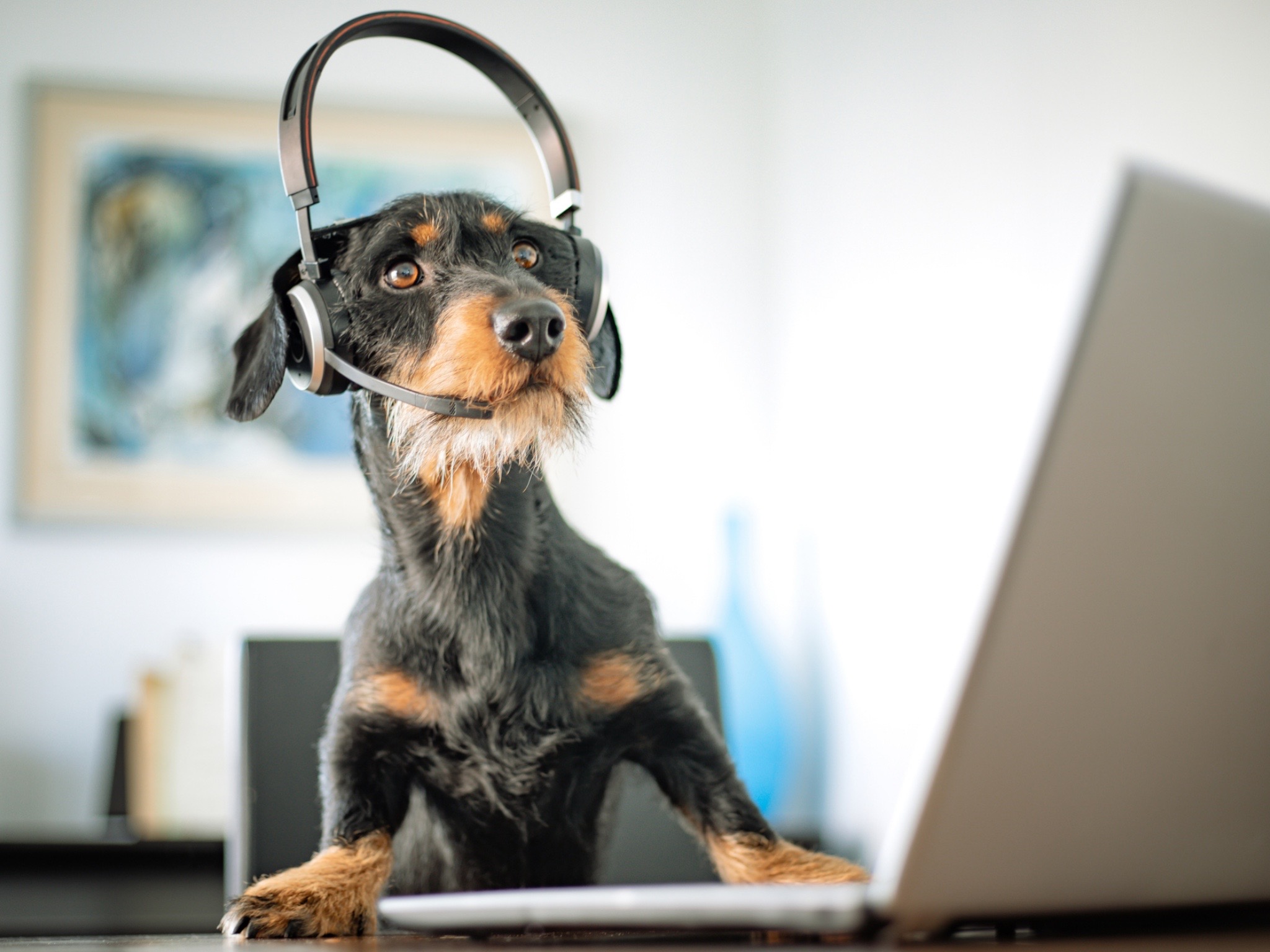